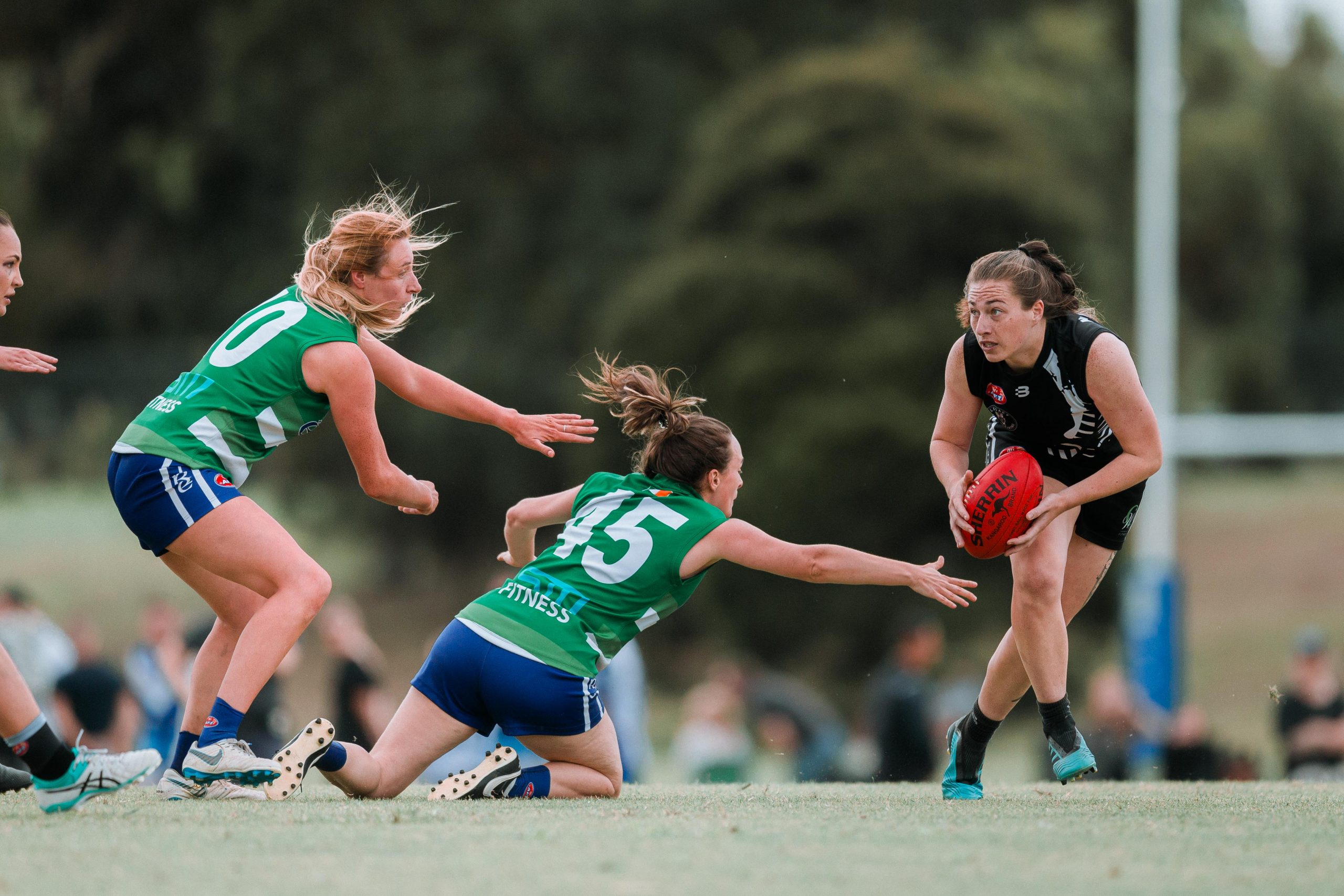 Footy 9s is an exciting new team sport that has been inspired by Australian Football.

In traditional Australian Football, regular matches are played on large cricket sized fields, featuring 18 players per team. Add another 4 reserve players per team, plus 6 umpires, and you need 50 people to play a match.

Footy 9s has been designed to make it much easier for people to play, without the difficulty of trying to find a large enough field and recruit a small army in order to play.

And both tackling and non-contact versions of Footy 9s are available, making it a game that anyone can play!