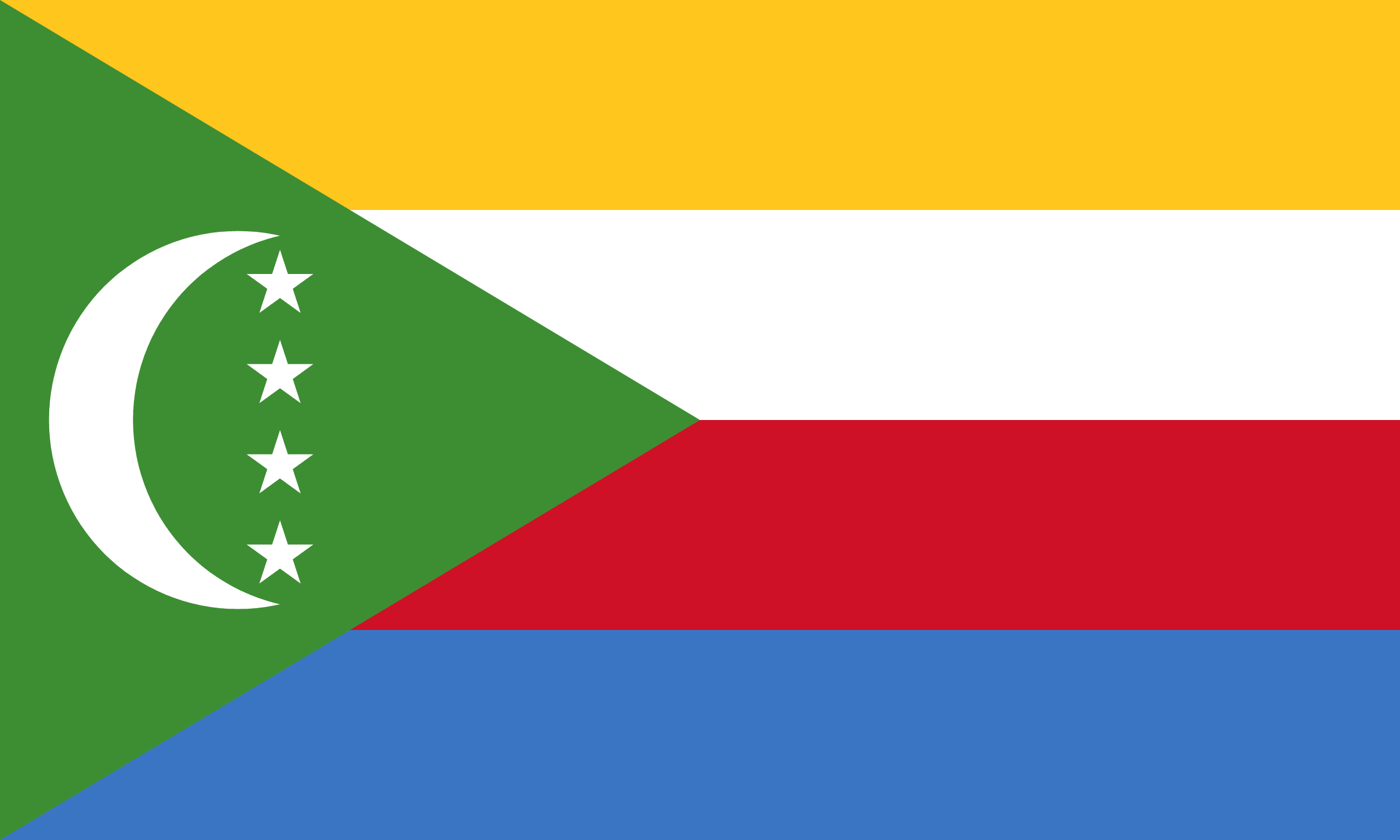 COMOROS
The Comoros is an archipelago island nation in the Indian Ocean, located off the eastern coast of Africa, on the northern end of the Mozambique Channel, between northeastern Mozambique and northwestern Madagascar. Other countries near to the Comoros are Tanzania to the northwest and the Seychelles to the northeast. The capital is Moroni on Grande Comore.

The country officially consists of 4 islands: Grande Comore or Ngazidja, Mohéli or Mwali, Anjouan or Nzwani, and Mayotte or Mahoré, as well as many smaller islands. The capital and largest city, Moroni, is located on Ngazidja.

However, the government of the Union of the Comoros has never administered the island of Mayotte, which France still administers as an overseas collectivity. Mayotte was the only island in the archipelago that voted against independence from France in 1974; the latter has vetoed United Nations Security Council resolutions that would affirm Comorian sovereignty over the island. In addition, a 2009 referendum on Mayotte’s becoming an overseas department of France in 2011 was passed overwhelmingly by the people of Mayotte.