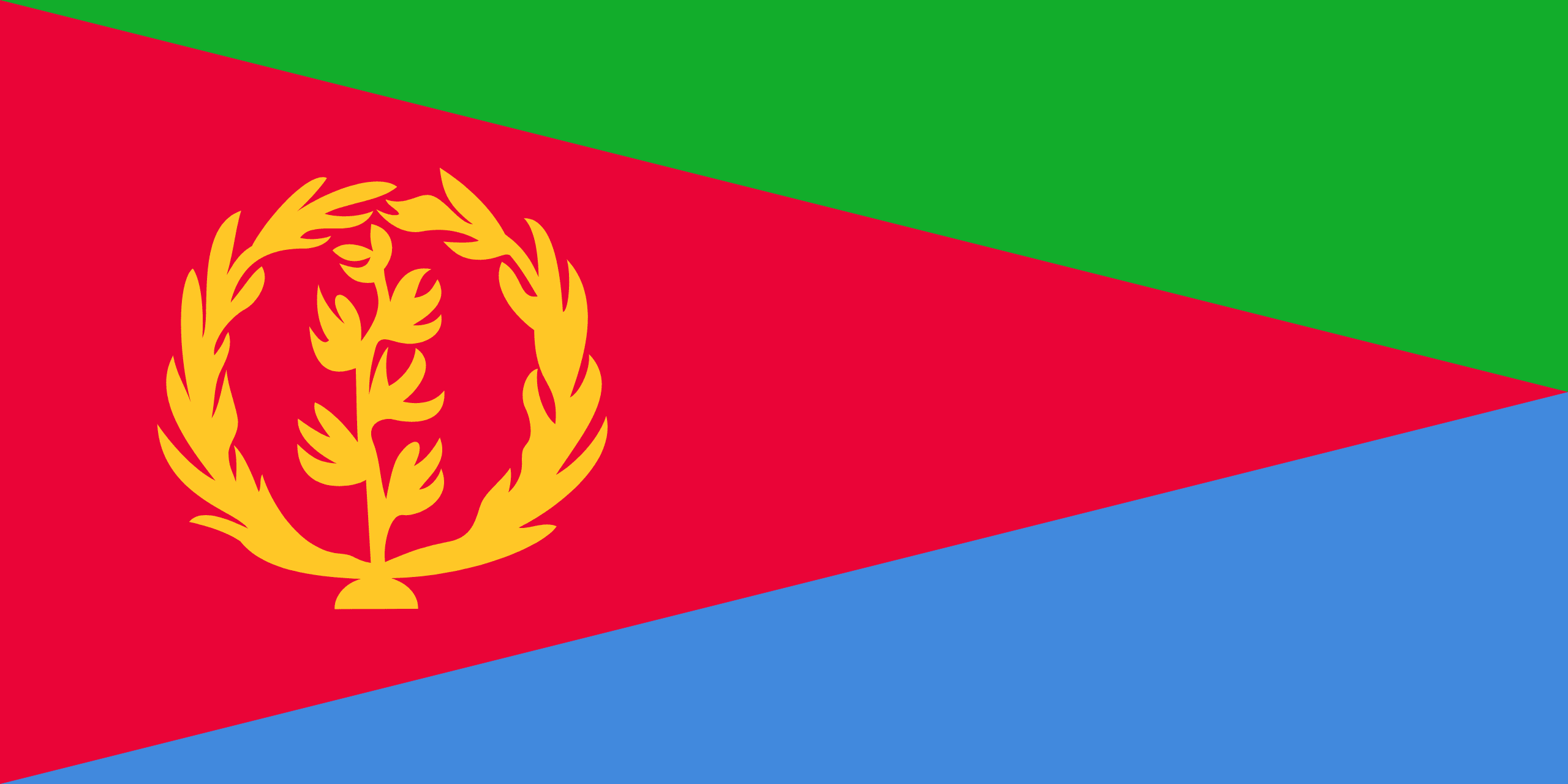 ERITREA
Eritrea is a country located in the Horn of Africa. It is bordered by Sudan in the west, Ethiopia in the south, and Djibouti in the southeast. The east and northeast of the country have an extensive coastline on the Red Sea, directly across from Saudi Arabia and Yemen. The Dahlak Archipelago and several of the Hanish Islands are part of Eritrea.

The main cities of the country are the capital city of Asmara and the port town of Asseb in the southeast, as well as the towns of Massawa to the east, and Keren to the north.

A former Italian colony, Eritrea was occupied by the British in 1941. In 1952 the United Nations resolved to establish it as an autonomous entity federated with Ethiopia as a compromise between Ethiopian claims for sovereignty and Eritrean aspirations for independence. However, 10 years later the Ethiopian emperor, Haile Selassie, decided to annex it, triggering a 32-year armed struggle.

Eritrea emerged from its long war of independence in 1993 only to plunge once again into military conflict, first with Yemen and then, more devastatingly, with its old adversary, Ethiopia.

Today, a fragile peace prevails and Eritrea faces the gigantic tasks of rebuilding its infrastructure and of developing its economy after more than 30 years of fighting.