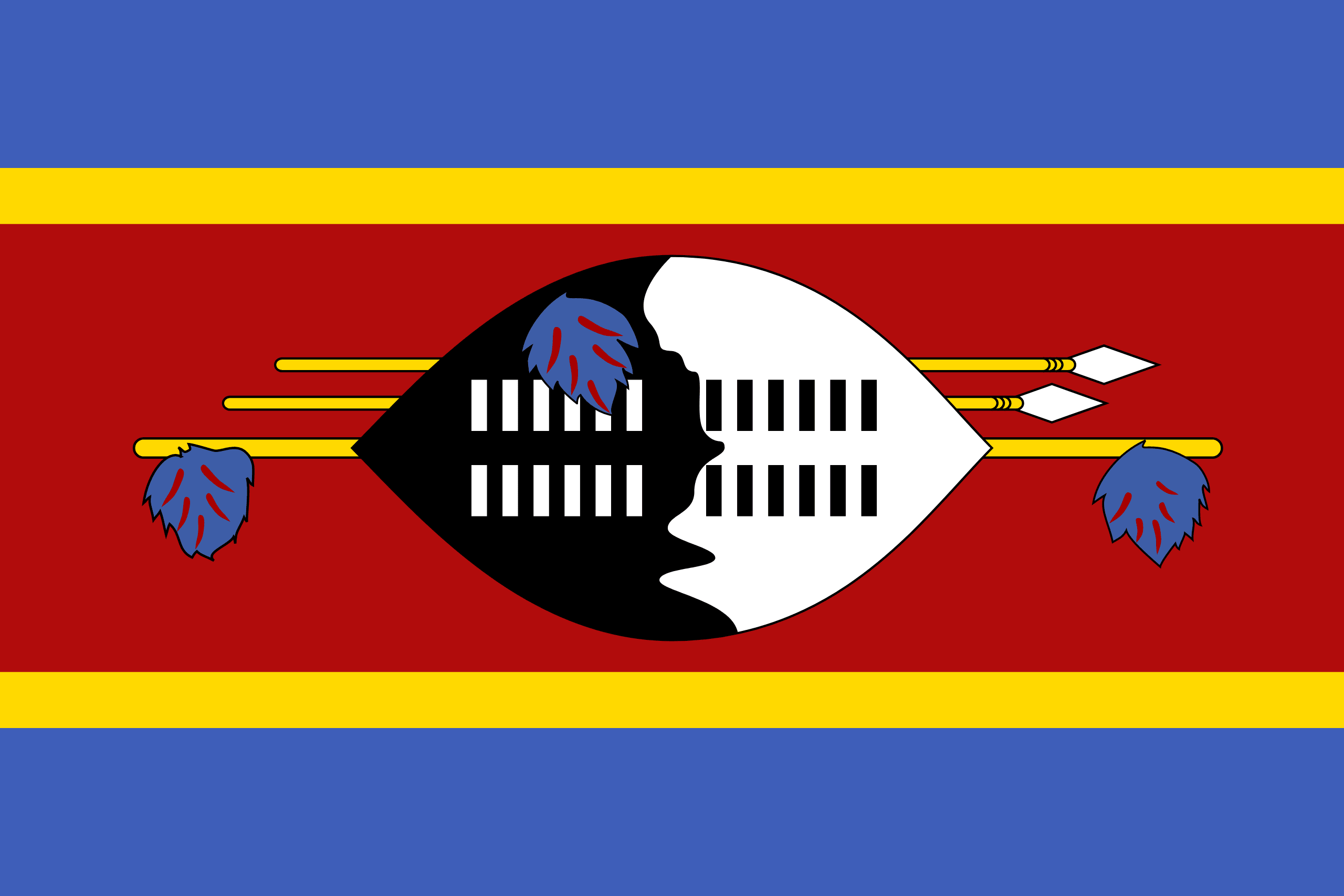 ESWATINI
Eswatini, officially the Kingdom of Eswatini and formerly named Swaziland, is a landlocked country in Southern Africa. It bordered to the north, south and west by South Africa, and to the east by Mozambique. The nation, as well as its people, are named after the 19th century king Mswati II.

Eswatini is a small country, no more than 200 km north to south and 130 km east to west. The western half is mountainous, descending to a lowveld region to the east. The eastern border with Mozambique and South Africa is dominated by the escarpment of the Lebombo Mountains.

The terrain largely consists of mountains and hills, with some moderately sloping plains. The lowest point is the Great Usutu River, at 21 metres, and the highest is Emlembe, at 1,862 m.