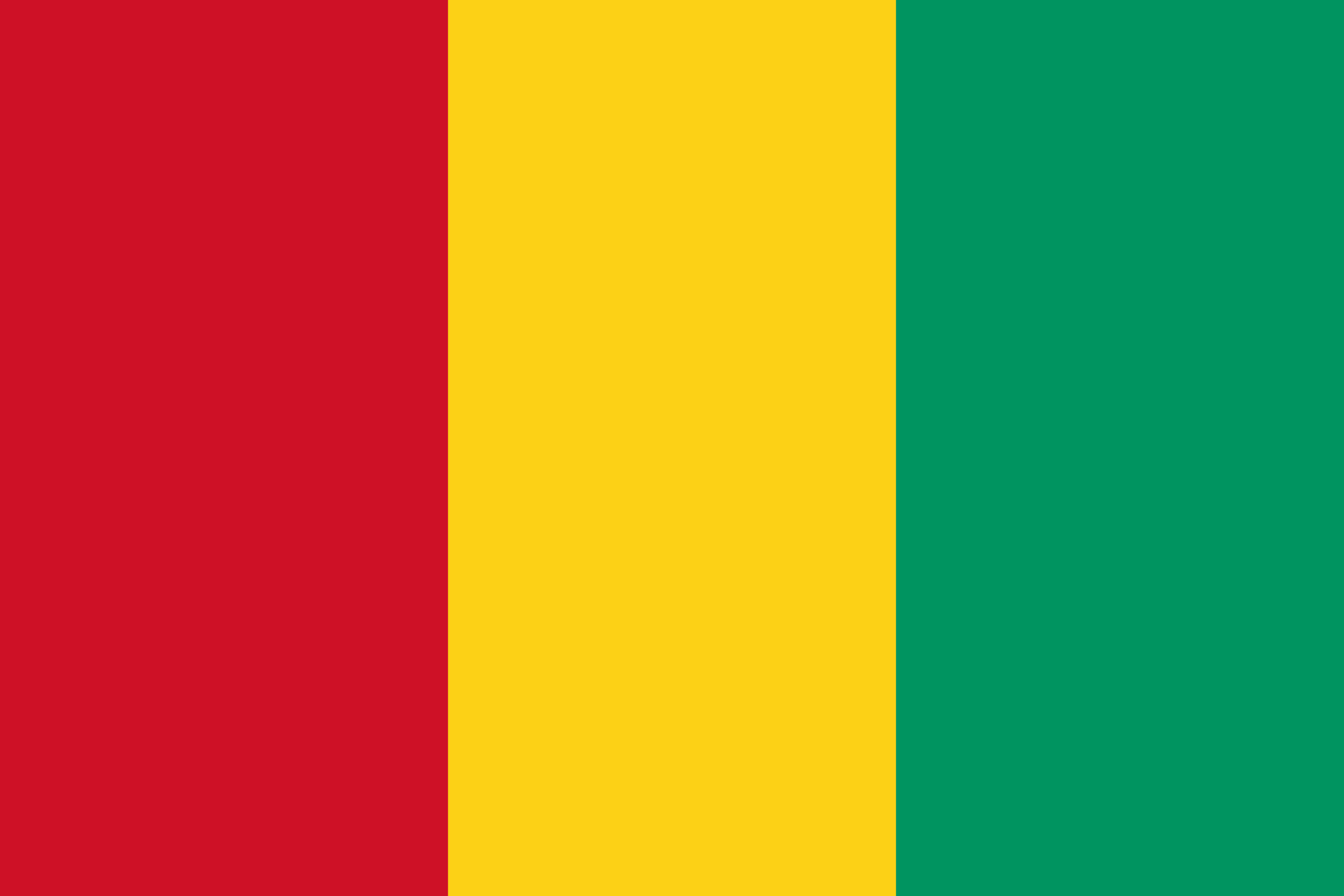 GUINEA
The Republic of Guinea is a country in West Africa. Formerly known as French Guinea, it is today sometimes called Guinea-Conakry to distinguish it from its neighbor Guinea-Bissau. Conakry is the capital, the seat of the national government, and the largest city.

Guinea forms a crescent by curving from its western border on the Atlantic Ocean toward the east and the south. Its northern border is shared with Guinea-Bissau, Senegal, and Mali, the southern one with Sierra Leone, Liberia, and Côte d’Ivoire. The Niger, Gambia, and Senegal Rivers are among the 22 West African rivers that have their origins in Guinea.

Guinea is a predominantly Islamic country, with Muslims representing 85 percent of the population. Guinea’s people belong to 24 ethnic groups. French, the official language of Guinea, is the main language of communication in schools, in government administration, in the media, but more than 24 indigenous languages are also spoken.

Guinea’s economy is largely dependent on agriculture and mineral production. It is the world’s second largest producer of bauxite, and has rich deposits of diamonds and gold.