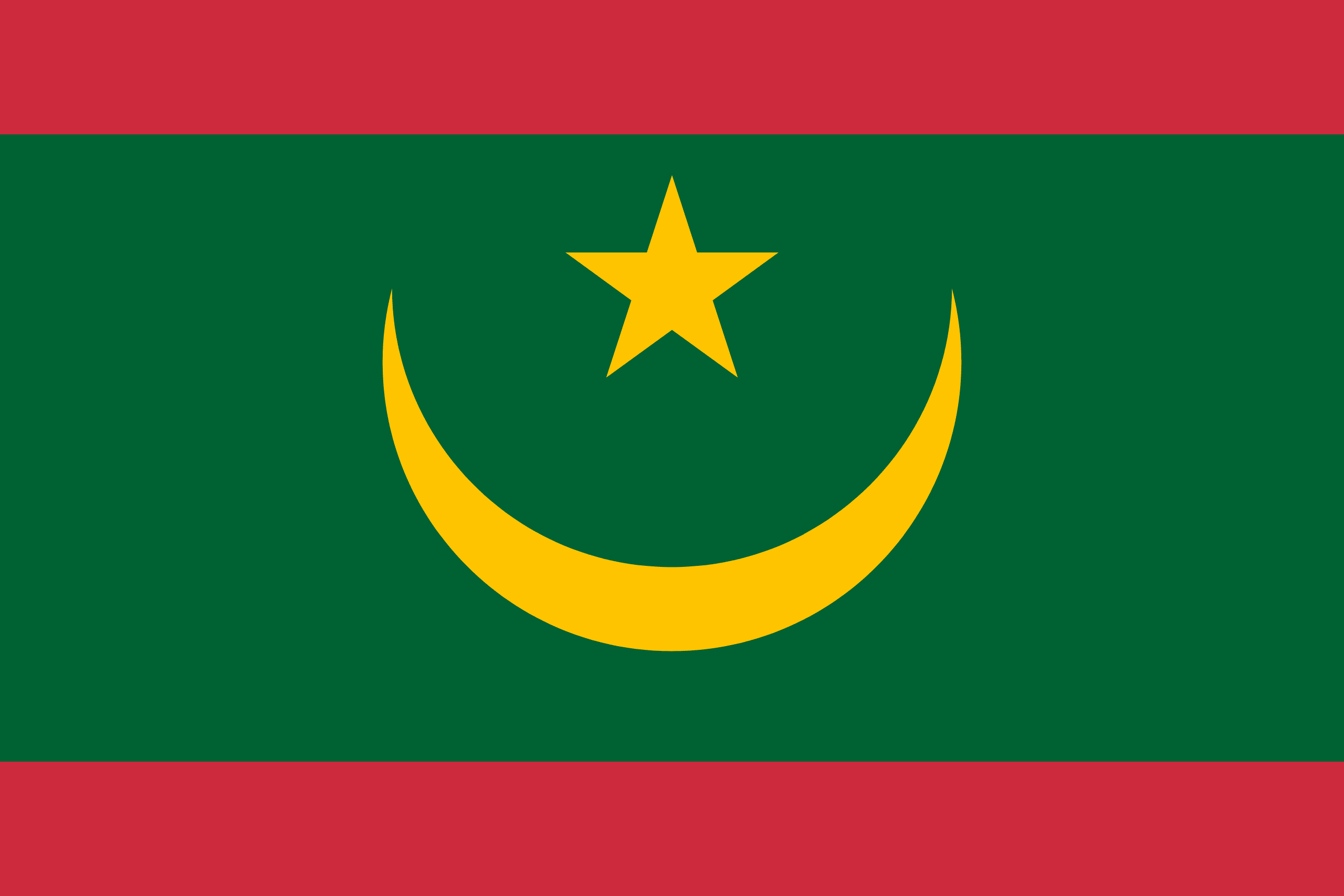 MAURITANIA
The Islamic Republic of Mauritania is a country in North Africa. It is bordered by the Atlantic Ocean in the west, by Western Sahara in the north, by Algeria in the northeast, by Mali in the east and southeast, and by Senegal in the southwest.

It is named after the Roman province of Mauretania, even though the modern state covers a territory far to the southwest of the old province. The capital and largest city is Nouakchott, located on the Atlantic coast.

Approximately 75% of Mauritania is desert or semidesert. As a result of extended, severe drought, the desert has been expanding since the mid-1960s. The plateaus gradually descend toward the northeast to the barren El Djouf, or “Empty Quarter,” a vast region of large sand dunes that merges into the Sahara desert. To the west, between the ocean and the plateaus, are alternating areas of clayey plains (regs) and sand dunes (ergs), some of which shift from place to place, gradually moved by high winds. The dunes generally increase in size and mobility toward the north.

One of Africa’s newest oil producers, Mauritania bridges the Arab Maghreb and western sub-Saharan Africa. The country presents a cultural contrast, with an Arab-Berber population to the north and black Africans to the south. Many of its people are nomads.

One of the world’s poorest countries, Mauritania has pinned hopes for future prosperity on the exploitation of its offshore reserves of oil and natural gas.