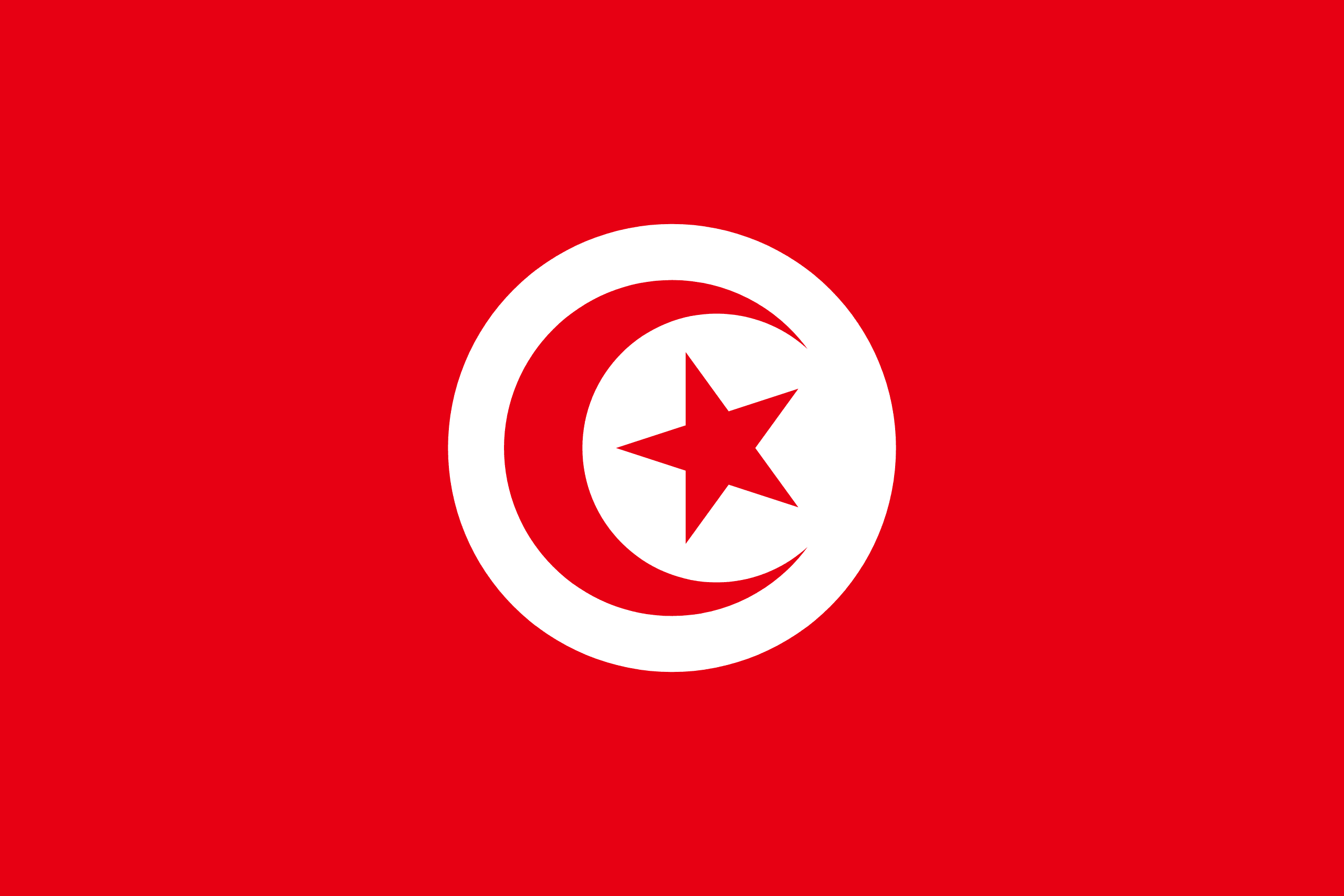 TUNISIA
Tunisia, officially the Tunisian Republic, is the northernmost country in Africa. It is an Maghreb country and is bordered by Algeria to the west, Libya to the southeast, and the Mediterranean Sea to the north and east.

Its name is derived from the capital Tunis located in the north-east.

Tunisia is the smallest of the nations situated along the Atlas mountain range. The south of the country is composed of the Sahara desert, with much of the remainder consisting of particularly fertile soil and 1,300 km of coastline.

The terrain in the north is mountainous, which, moving south, gives way to a hot, dry central plain. The south is semiarid, and merges into the Sahara.

A series of salt lakes, known as chotts or shatts, lie in an east-west line at the northern edge of the Sahara, extending from the Gulf of Gabes into Algeria.

Home of the ancient city of Carthage, Tunisia has long been an important player in the Mediterranean, placed as it is in the centre of North Africa, close to vital shipping routes.

In their time, the Romans, Arabs, Ottoman Turks and French realised its strategic significance, making it a hub for control over the region.

Tunisia is more prosperous than its neighbours and has strong trade links with Europe. Agriculture employs a large part of the workforce, and dates and olives are cultivated in the drier regions. Millions of European tourists flock to Tunisian resorts every year.