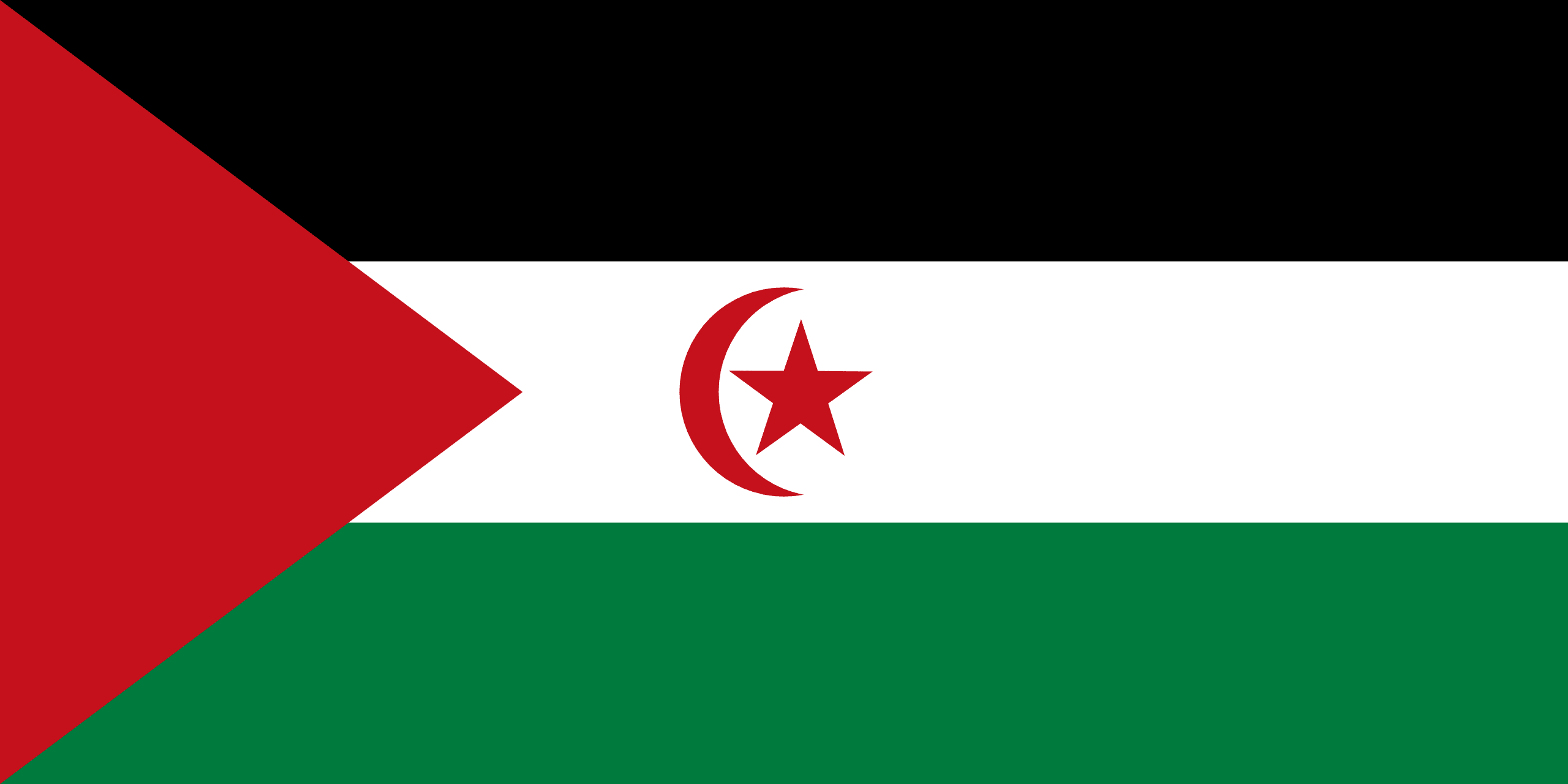 WESTERN SAHARA
Western Sahara is a disputed territory on the northwest coast and in the Maghreb region of North and West Africa. About 20% of the territory is controlled by the self-proclaimed Sahrawi Arab Democratic Republic (SADR), while the remaining 80% of the territory is occupied and administered by neighboring Morocco.

It is one of the most sparsely populated territories in the world, mainly consisting of desert flatlands. The population is estimated at just over 500,000, of which nearly 40% live in Laayoune, the largest city in Western Sahara.

Occupied by Spain until 1975, Western Sahara has been on the United Nations list of non-self-governing territories since 1963. It is the most populous territory on that list, and by far the largest in area.

In 1965, the United Nations General Assembly adopted its first resolution on Western Sahara, asking Spain to decolonize the territory. One year later, a new resolution was passed by the General Assembly requesting that a referendum be held by Spain on self-determination. In 1975, Spain relinquished the administrative control of the territory to a joint administration by Morocco (which had formally claimed the territory since 1957) and Mauritania. A war erupted between those countries and a Sahrawi nationalist movement, the Polisario Front, which proclaimed the SADR with a government in exile in Tindouf, Algeria. Mauritania withdrew its claims in 1979, and Morocco eventually secured de facto control of most of the territory, including all major cities and most natural resources. The United Nations considers the Polisario Front to be the legitimate representative of the Sahrawi people, and maintains that the Sahrawis have a right to self-determination.

Since a United Nations-sponsored ceasefire agreement in 1991, two-thirds of the territory (including most of the Atlantic coastline—the only part of the coast outside the Moroccan Western Sahara Wall is the extreme south, including the Ras Nouadhibou peninsula) has been administered by the Moroccan government, with tacit support from France and the United States, and the remainder by the SADR, backed by Algeria.