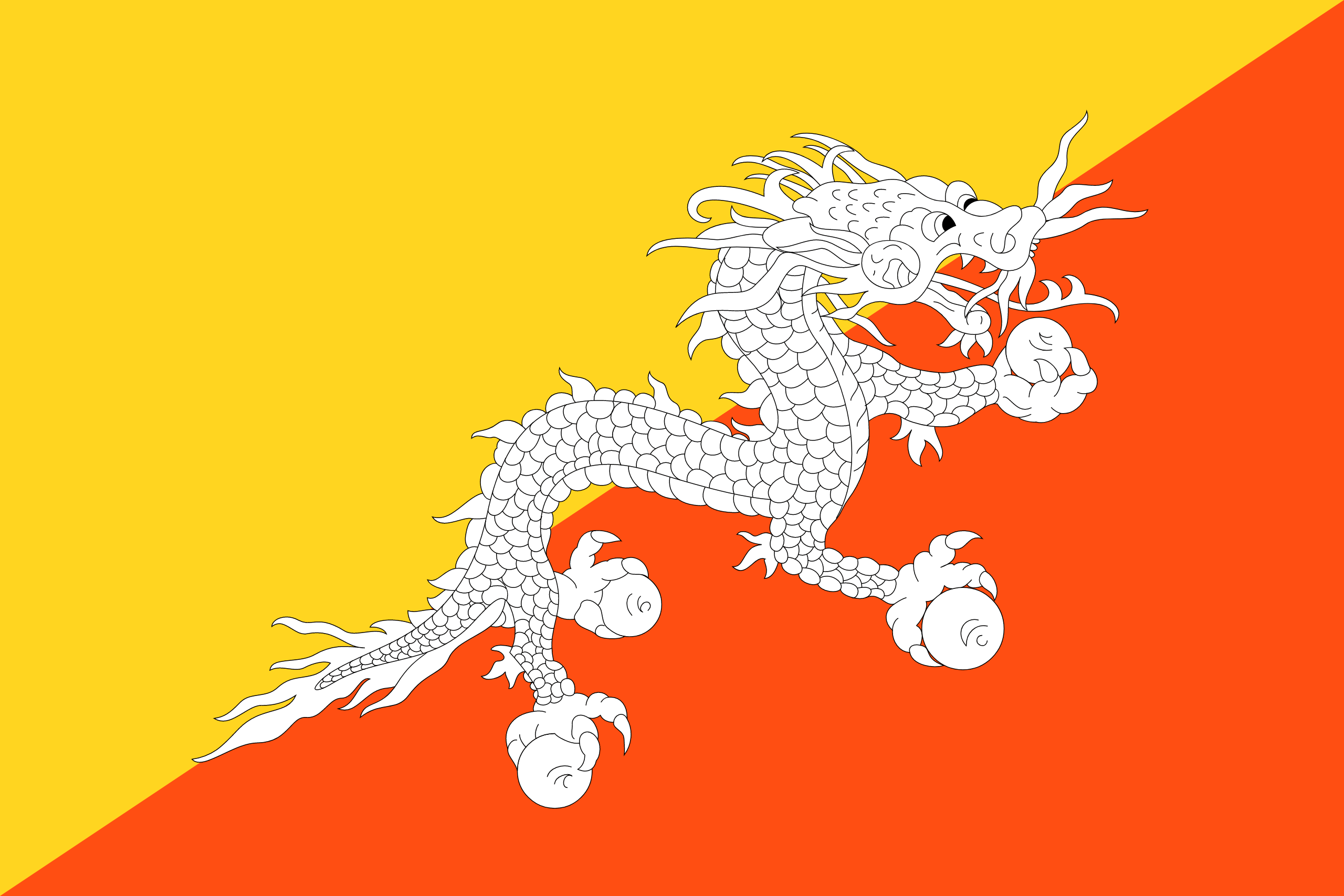 BHUTAN
The Kingdom of Bhutan is a landlocked state in South Asia, located at the eastern end of the Himalayas and bordered to the south, east and west by India and to the north by China.

Most peaks in the north are over 7,000 m above sea level; the highest point is Gangkhar Puensum at 7,570 m, which has the distinction of being the highest unclimbed mountain in the world. The lowest point, at 98 m, is in the valley of Drangme Chhu, where the river crosses the border with India.

The Bhutanese name for Bhutan, Druk Yul, means “Land of the Thunder Dragon” and it only began to open up to outsiders in the 1970s. National dress is compulsory – the knee-length wrap-around “gho” for men and the ankle-length dress known as the “kira” for women.

The Bhutanese monarchy has also promoted the philosophy of “Gross National Happiness” (GNH), which strives to achieve a balance between the spiritual and the material.