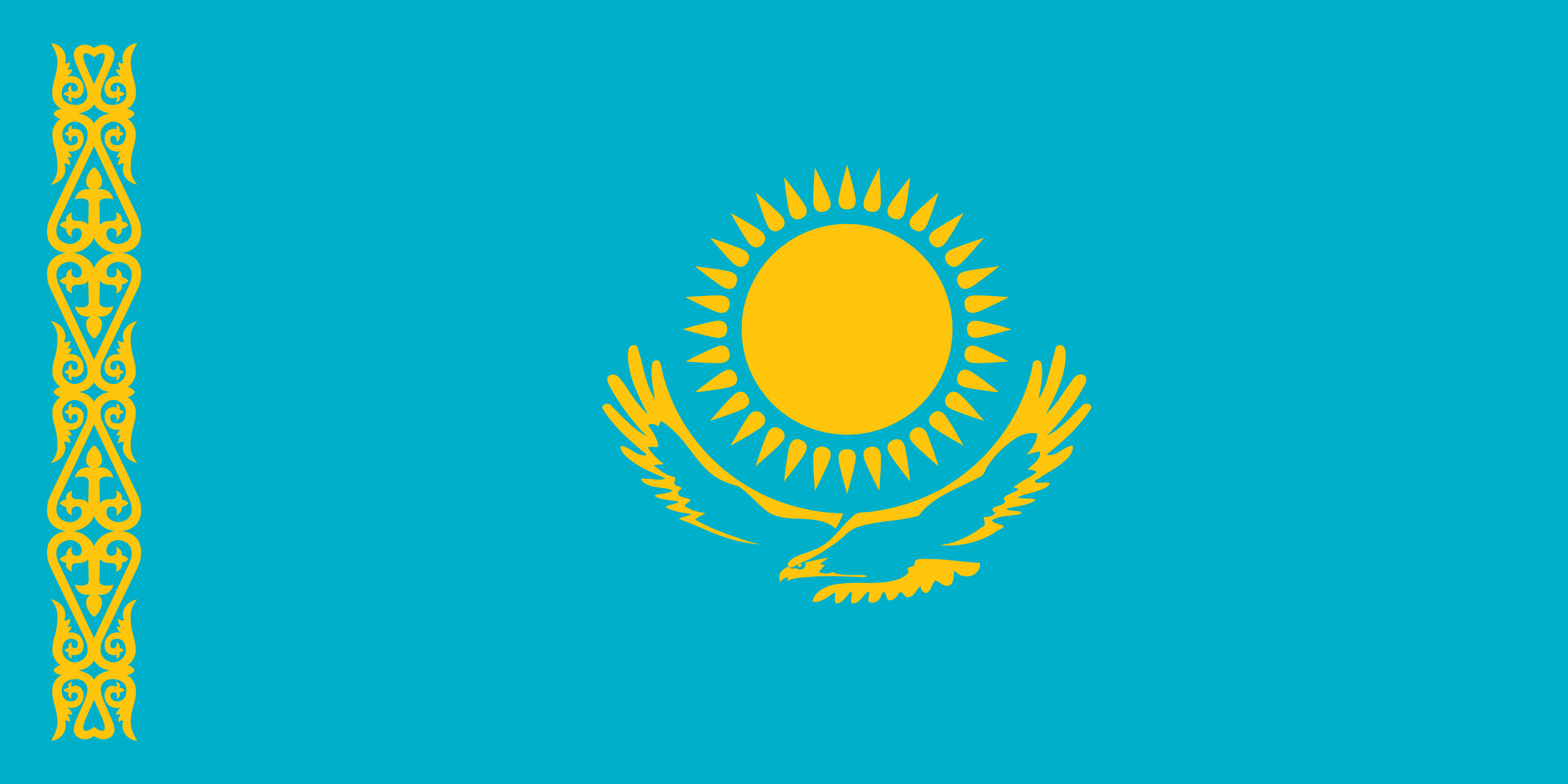 KAZAKHSTAN
The Republic of Kazakhstan is a transcontinental country in Central Asia and Europe. The 9th largest country in the world by land area, it is also the world’s largest landlocked country; its territory of 2,727,300 square kilometres is larger than Western Europe.

It is neighbored clockwise from the north by Russia, China, Kyrgyzstan, Uzbekistan, Turkmenistan, and also borders on a significant part of the Caspian Sea. Although Kazakhstan does not share a border with Mongolia, its most easterly point is only 38 km from Mongolia’s western tip. The capital was moved in 1998 from Almaty, Kazakhstan’s largest city, to Astana.

Kazakhstan has vast mineral resources and enormous economic potential. The varied landscape stretches from the mountainous, heavily populated regions of the east to the sparsely populated, energy-rich lowlands in the west. And from the industrialised north, with its Siberian climate and terrain, through the arid, empty steppes of the centre, to the fertile south.

There has been major foreign investment in the Caspian oil sector, bringing rapid economic growth. Kazakhstan is also the world’s largest producer of uranium.