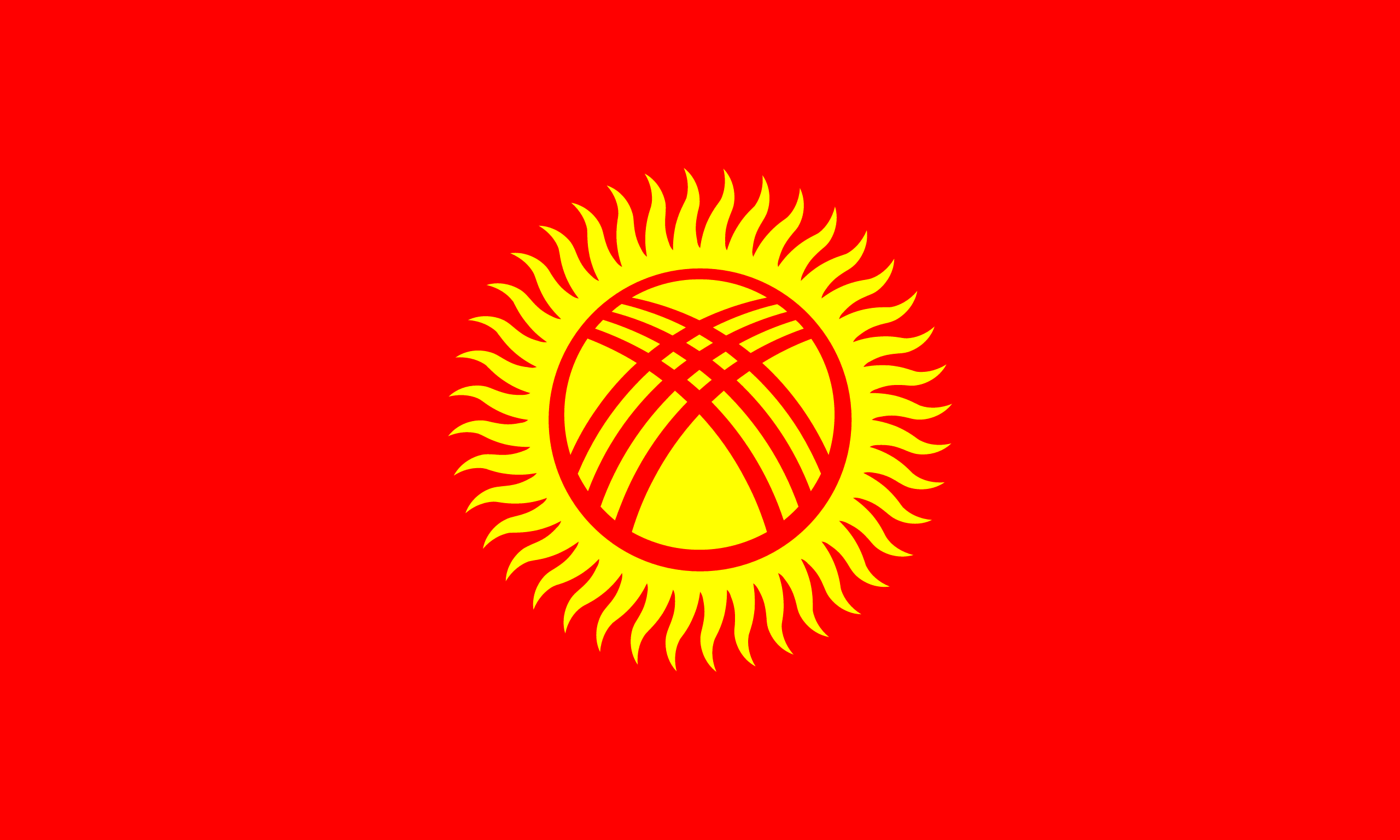 KYRGYZSTAN
Kyrgyzstan is located in Central Asia, landlocked and mountainous. It is bordered by Kazakhstan to the north, Uzbekistan to the west, Tajikistan to the southwest and China to the east. Its capital and largest city is Bishkek.

Less than a seventh the size of Mongolia, Kyrgyzstan is one of the smaller Central Asian states. The national territory extends about 900 km from east to west and 410 km from north to south.

It is farther from an ocean than any other country in the world. The mountainous region of the Tian Shan covers over 80% of the country (it is occasionally referred to as “the Switzerland of Central Asia”, as a result), with the remainder made up of valleys and basins.

Issyk-Kul Lake in the north-eastern Tian Shan is the largest lake in Kyrgyzstan and the second largest mountain lake in the world after Titicaca. The highest peaks are in the Kakshaal-Too range, forming the Chinese border. Peak Jengish Chokusu, at 7,439 m, is the highest point.

Kyrgyzstan became independent with the collapse of the Soviet Union in 1991. The Kyrgyz make up nearly 70% of the population, with Uzbeks accounting for about 15% and concentrated in the Ferghana Valley in the south. Russians have a significant presence in the north and in the capital, Bishkek.