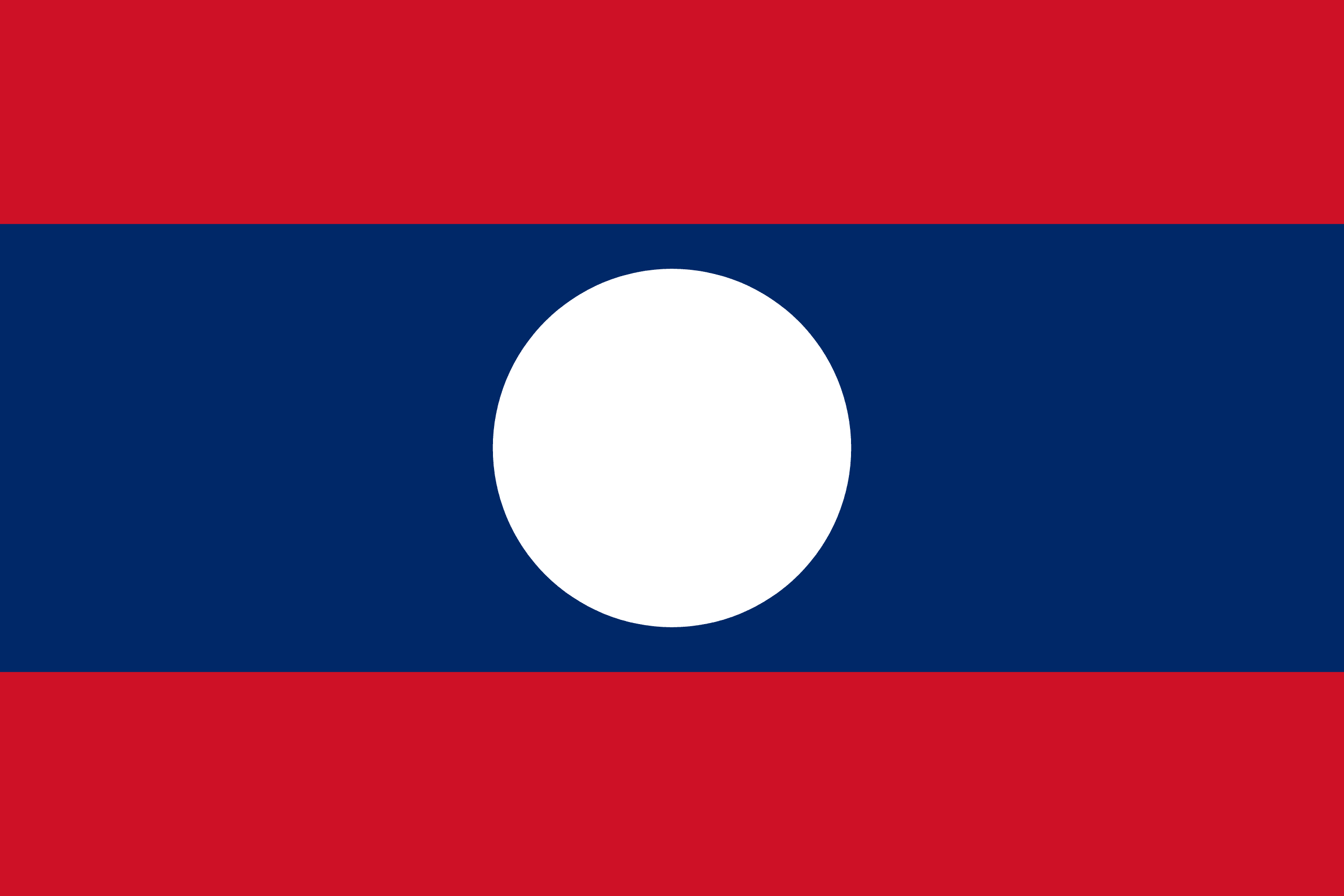 LAOS
Laos is a landlocked country in Southeast Asia, bordered by Burma and China to the northwest, Vietnam to the east, Cambodia to the south and Thailand to the west.

Its thickly forested landscape consists mostly of rugged mountains, the highest of which is Phou Bia at 2,818 metres, with some plains and plateaus. The climate is tropical and influenced by the monsoon pattern.

The Mekong River forms a large part of the western boundary with Thailand, whereas the mountains of the Annamite Range form most of the eastern border with Vietnam and the Luang Prabang Range the northwestern border with the Thai highlands.

Less than 5% of the land is suitable for subsistence agriculture, which nevertheless provides around 80% of employment. The main crop is rice, which is grown on the fertile floodplain of the Mekong River.