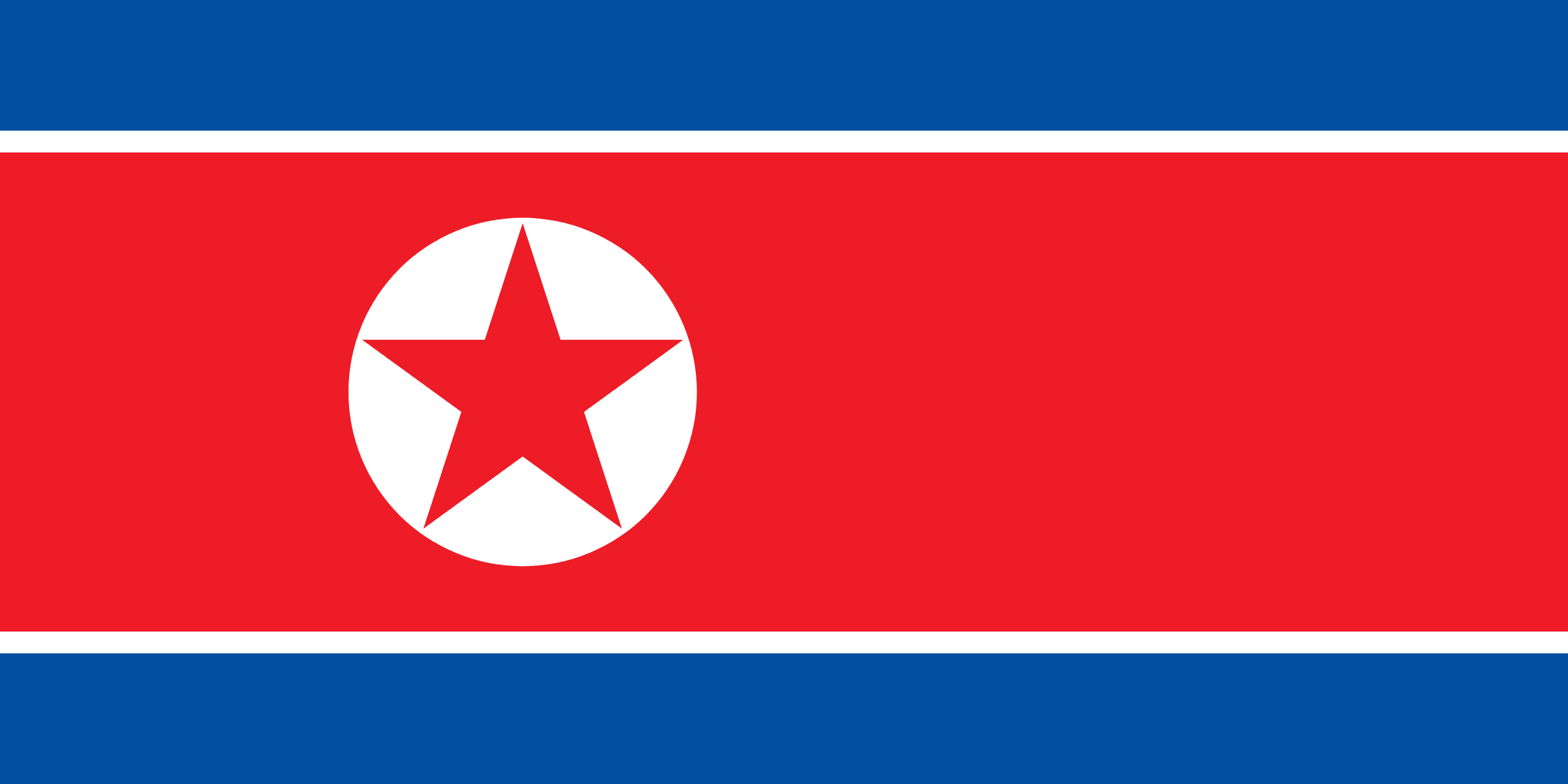 NORTH KOREA
North Korea, officially the Democratic People’s Republic of Korea (DPRK), is a country in East Asia. It constitutes the northern half of the Korean Peninsula and shares borders with China and Russia to the north, at the Yalu (Amnok) and Tumen rivers, and South Korea to the south at the Korean Demilitarized Zone. The country’s western border is formed by the Yellow Sea, while its eastern border is defined by the Sea of Japan.

North Korea, like its southern counterpart, claims to be the legitimate government of the entire peninsula and adjacent islands. Pyongyang is the capital and largest city.

In 1910, Korea was annexed by the Empire of Japan. In 1945, after the Japanese surrender at the end of World War II, Korea was divided into two zones along the 38th parallel, with the north occupied by the Soviet Union and the south occupied by the United States. Negotiations on reunification failed, and in 1948, separate governments were formed: the socialist and Soviet-aligned DPRK in the north, and the capitalist, Western-aligned Republic of Korea in the south.

The Korean War began in 1950, with an invasion by North Korea, and lasted to 1953. The Korean Armistice Agreement brought about a ceasefire and established a demilitarized zone (DMZ), but no formal peace treaty has ever been signed.

From the 1970s South Korea’s economy began to boom whilst the DPRK entered a state of stagnation. Pyongyang’s international isolation sharply accelerated from the 1980s onwards as the Cold War came to an end and China opened up to the west. The fall of the Soviet Union in 1991 then brought about a full scale collapse of the North Korean economy, which by 1998 accumulated with agriculture failures in a deadly famine.

According to Article 1 of the state constitution, North Korea is an “independent socialist state”. It holds elections, though they have been described by independent observers as sham elections, as North Korea is a totalitarian dictatorship, with a comprehensive cult of personality around the Kim dynasty. The Workers’ Party of Korea, led by a member of the ruling family, is the dominant party and leads the Democratic Front for the Reunification of Korea, the sole legal political movement.

North Korea follows Songun, or “military first” policy, for its Korean People’s Army. It possesses nuclear weapons, and is the country with the second highest number of military and paramilitary personnel, with a total of 7.769 million active, reserve, and paramilitary personnel, or approximately 30% of its population. Its active duty army of 1.28 million soldiers is the fourth-largest in the world, consisting of 5% of its population.