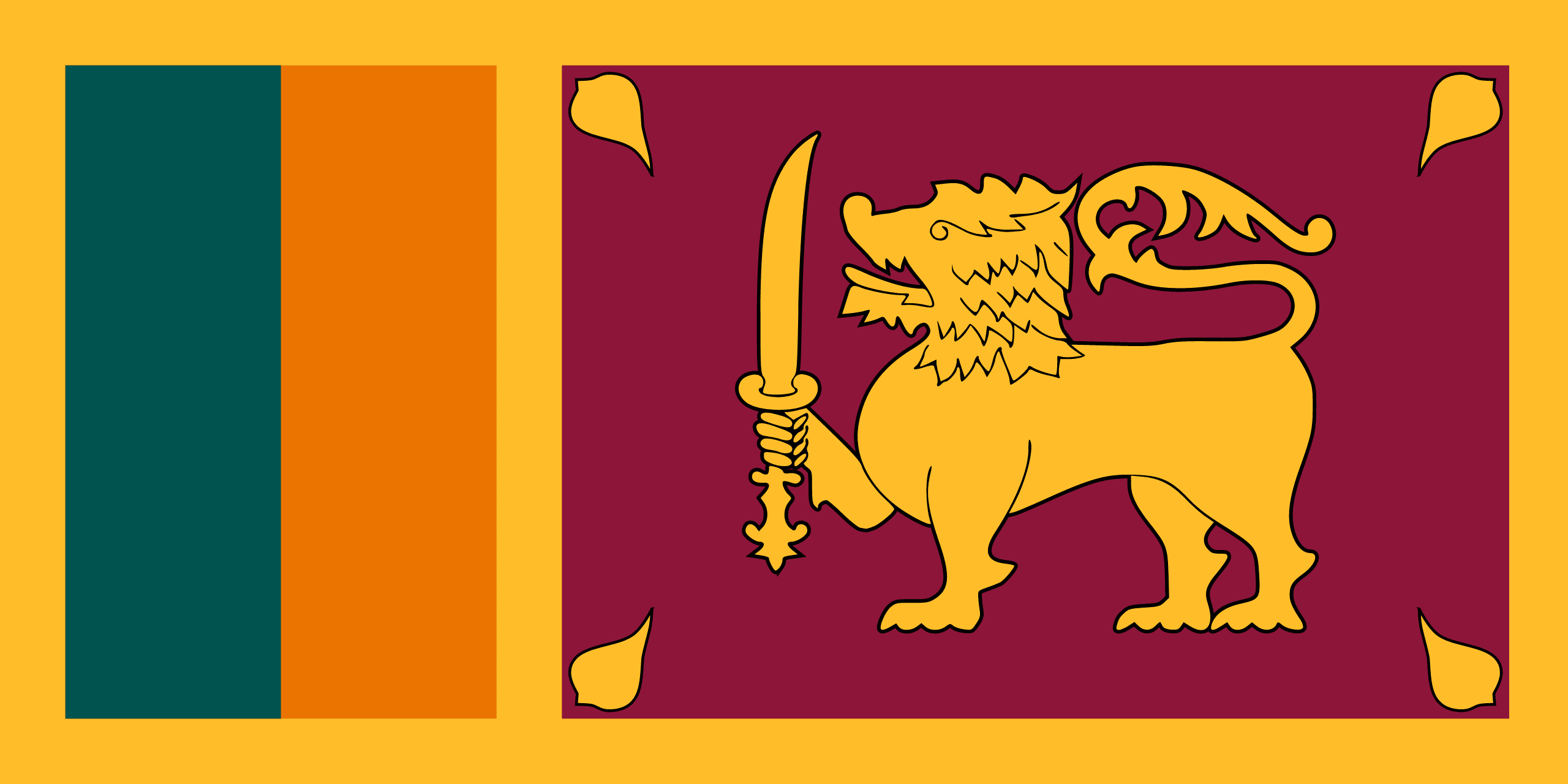 SRI LANKA
Sri Lanka is a country off the southern coast of the Indian subcontinent in South Asia. Known until 1972 as Ceylon, Sri Lanka is an island surrounded by the Indian Ocean, the Gulf of Mannar, the Palk Strait, and lies in the vicinity of India and the Maldives.

Known as “Serendip” to Arab geographers, the island fell under Portuguese and Dutch influence and finally came under British rule when it was called Ceylon.

Sri Lanka is separated from the Indian subcontinent by the Gulf of Mannar and the Palk Strait. According to the Hindu mythology, a land bridge existed between the Indian mainland and Sri Lanka. It now amounts to only a chain of limestone shoals remaining above sea level. It was reportedly passable on foot up to 1480 AD, until cyclones deepened the channel.

The island consists mostly of flat-to-rolling coastal plains, with mountains rising only in the south-central part. Amongst these is the highest point Pidurutalagala, reaching 2,524 metres above sea level.

Longest of the 103 rivers in the country is Mahaweli River, covering a distance of 335 km. These waterways give rise to 51 natural waterfalls, having a height of 10 meters or more. The highest one is Bambarakanda Falls, with a height of 263 metres.

Lying off the southern tip of India, the tropical island of Sri Lanka has beguiled travellers for centuries with its palm-fringed beaches, diverse landscapes and historical monuments.