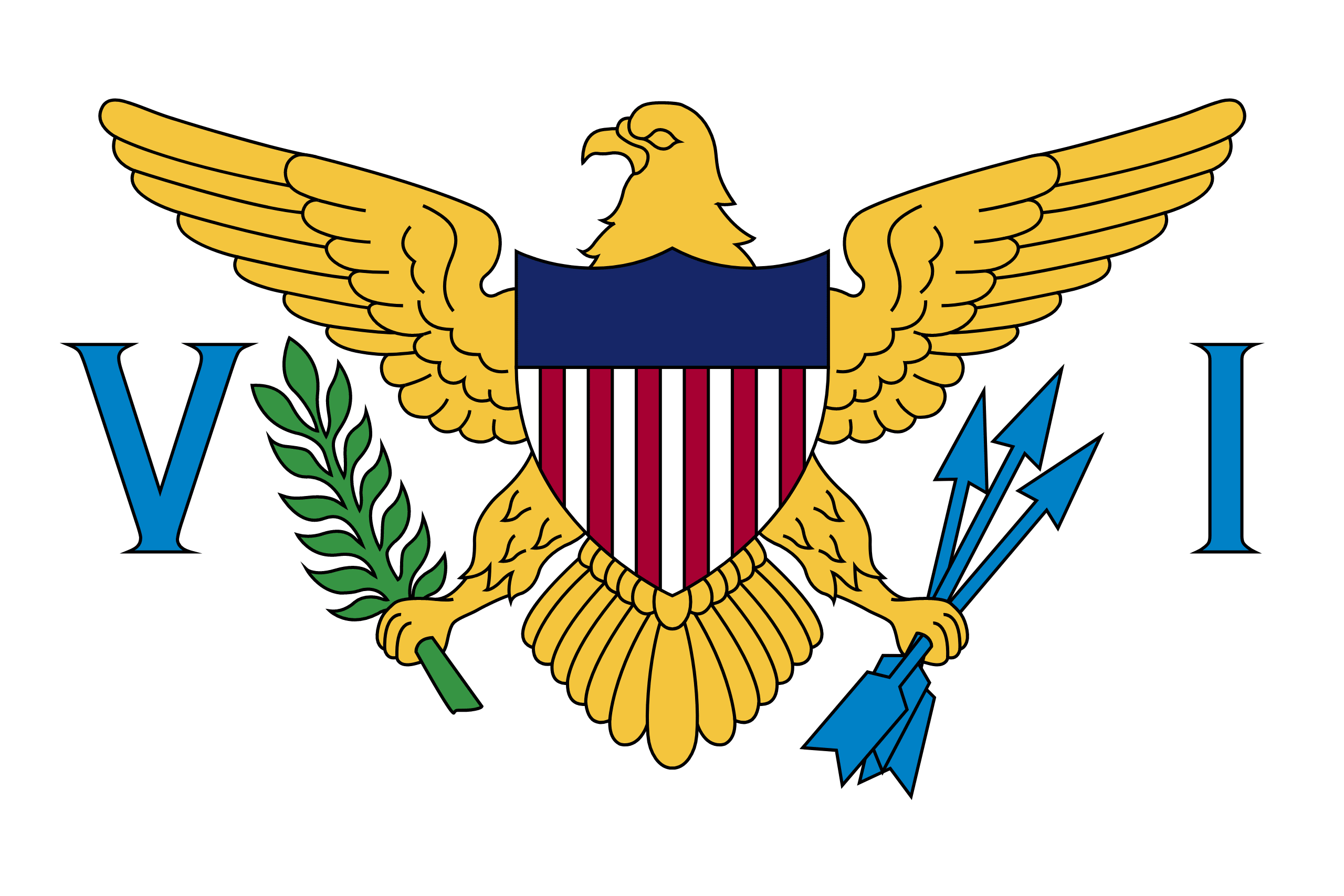 US VIRGIN ISLANDS
The islands were named by Christopher Columbus on his second voyage in 1493 for Saint Ursula and her virgin followers. Over the next 200 years, the islands were held by many European powers, including Spain, Great Britain, the Netherlands, France, and Denmark-Norway.

The U.S. Virgin Islands consist of the main islands of Saint Croix, Saint John, and Saint Thomas, along with the much smaller but historically distinct Water Island, and many other surrounding minor islands.

The US Virgin Islands are known for their white sand beaches, including Magens Bay and Trunk Bay, and strategic harbors, including Charlotte Amalie and Christiansted. Most of the islands, including Saint Thomas, are volcanic in origin and hilly. The highest point is Crown Mountain, Saint Thomas (474 m).