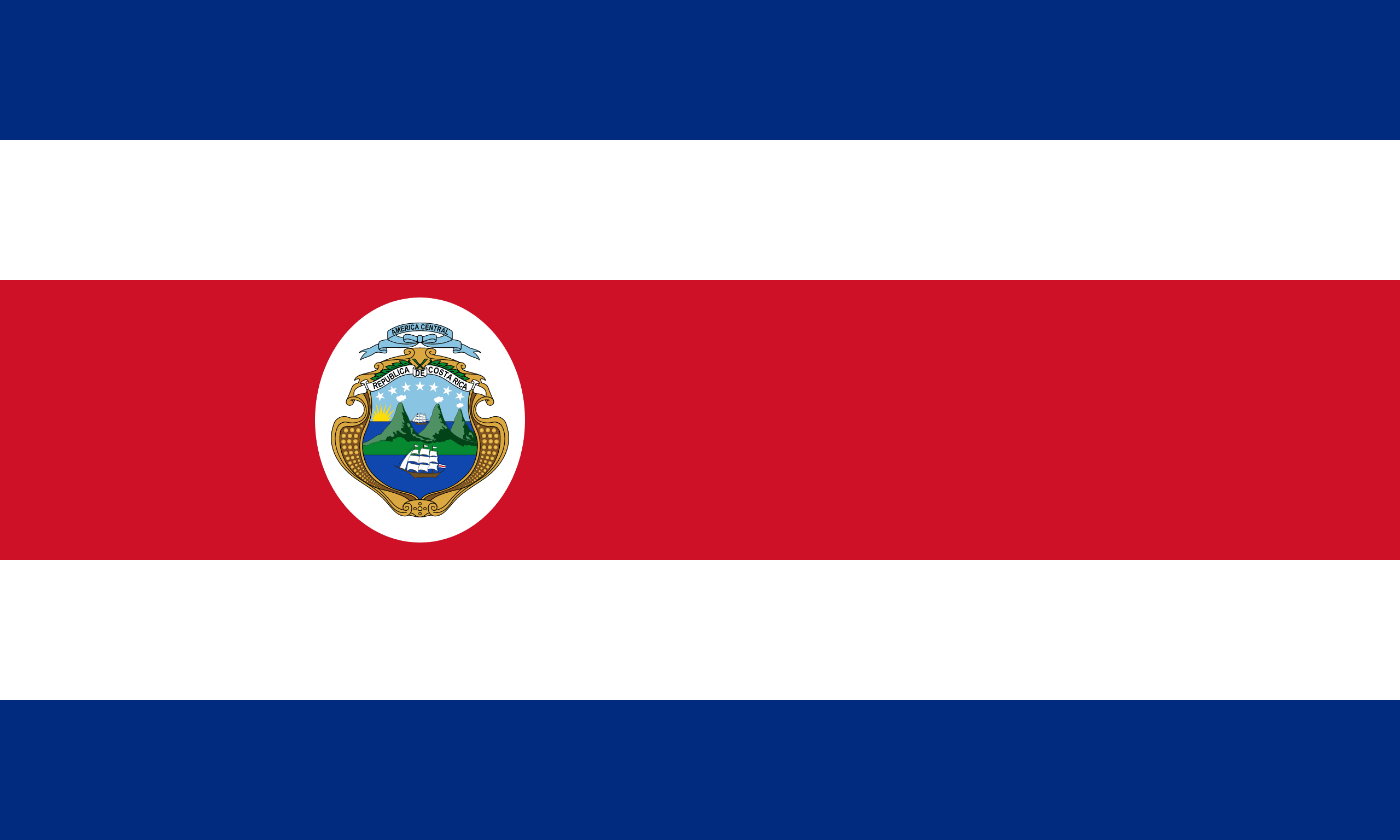 COSTA RICA
Costa Rica is located on the Central American isthmus. It borders the Caribbean Sea (to the east) and the Pacific Ocean (to the west), with a total of 1,290 km of coastline, 212 km on the Caribbean coast and 1,016 km on the Pacific. Costa Rica also borders Nicaragua to the north and Panama to the south-southeast.

Costa Rica also comprises several islands. Cocos Island stands out because of its distance from the continental landmass, 480 km from Puntarenas. Calero Island is the largest island of the country.

For decades Costa Rica has stood out for its stability and has benefited from the most developed welfare system in the region. It has no standing army, and its citizens enjoy one of the highest life expectancy levels in the Western hemisphere and better living standards than most of Central America.

Tourism is Costa Rica’s main source of foreign exchange. Its tropical forests are home to a profusion of flora and fauna, including 1,000 species of orchid and 850 species of birds, such as macaws and toucans.