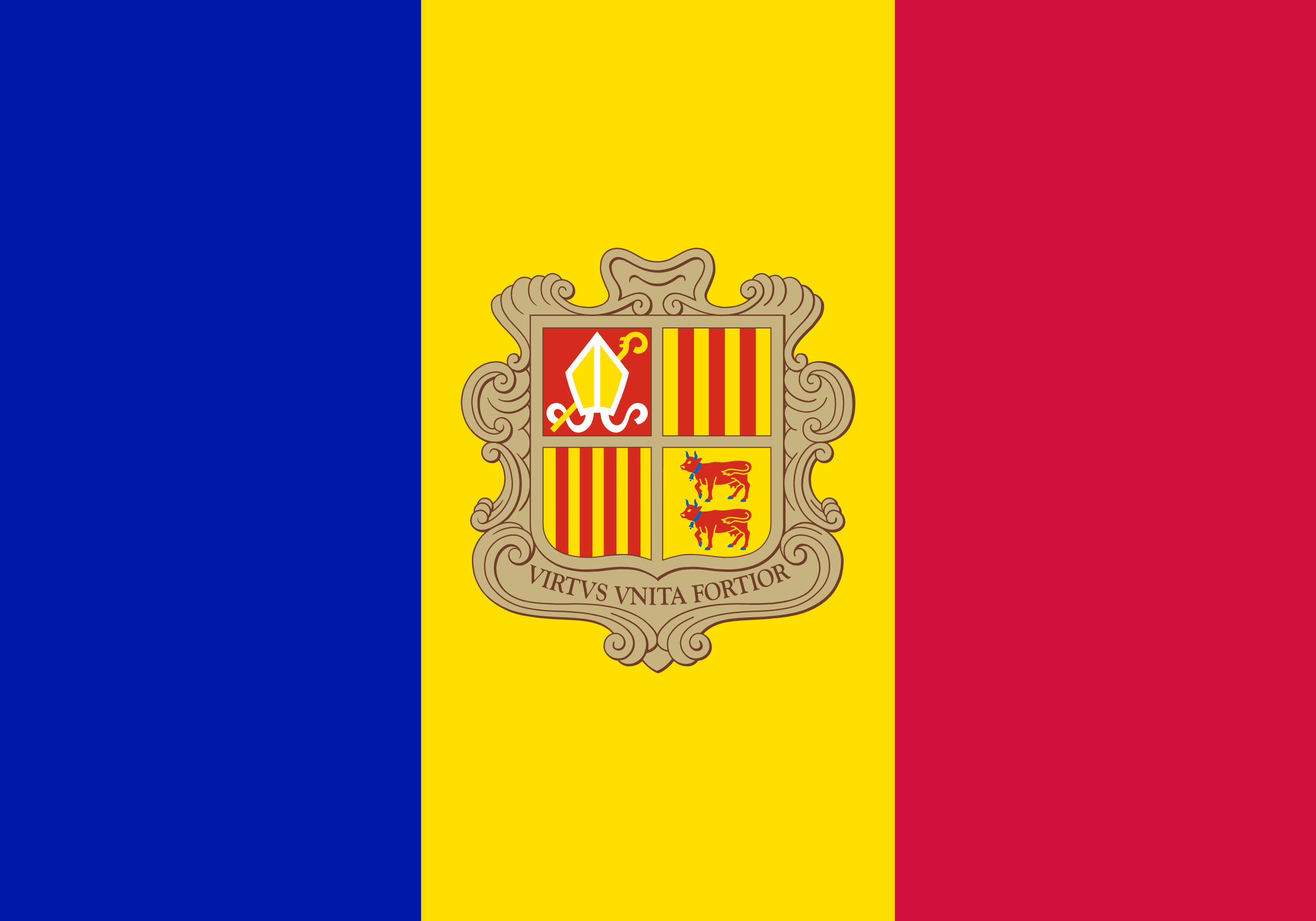 ANDORRA
Andorra is a small, landlocked country in southwestern Europe, located in the eastern Pyrenees mountain range and bordered by Spain and France.

With an area of 468 km², it is the sixth smallest country in Europe and also the largest of the European microstates.

Its capital, Andorra la Vella, is the highest capital city in Europe, being at an elevation of 1023 metres.

The official language is Catalan, although Spanish, French, and Portuguese are also commonly spoken.

The mainstay of the economy is tourism. An estimated 10 million people visit each year, drawn by the winter sports, summer climate and duty-free goods.