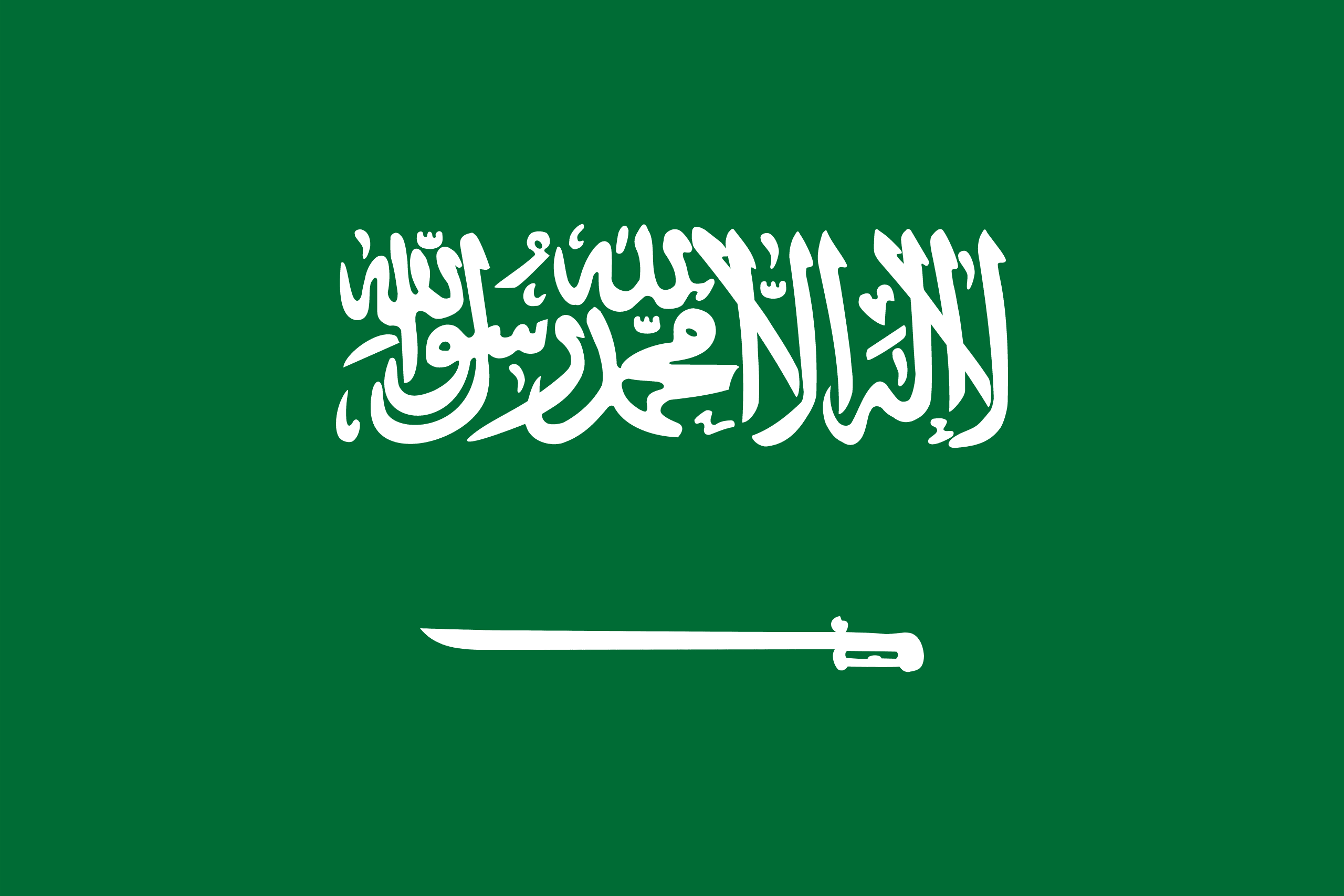 SAUDI ARABIA
The Kingdom of Saudi Arabia is the second-largest in the Arab world, after Algeria. It is bordered by Jordan, and Iraq on the north and northeast, Kuwait, Qatar and the UAE on the east, Oman on the southeast, and Yemen on the south. The Red Sea lies to its west, and the Persian Gulf lies to the north.

Saudi Arabia occupies about 80 percent of the Arabian peninsula. Because the country’s southern borders with the UAE and Oman are not precisely defined or marked, the exact size of the country remains unknown.

Saudi Arabia’s geography is dominated by the Arabian Desert and associated semi-desert and shrubland. It is, in fact, a number of linked deserts and includes the 647,500 km2 Rub’ al Khali (“Empty Quarter”) in the southern part of the country, the world’s largest sand desert. There are virtually no permanent rivers or lakes in the country, but wadis are numerous.

Saudi Arabia is the world’s dominant oil producer and owner of the largest hydrocarbon reserves. Saudi Arabia sits on more than 25% of the world’s known oil reserves and is capable of producing more than 10 million barrels per day.