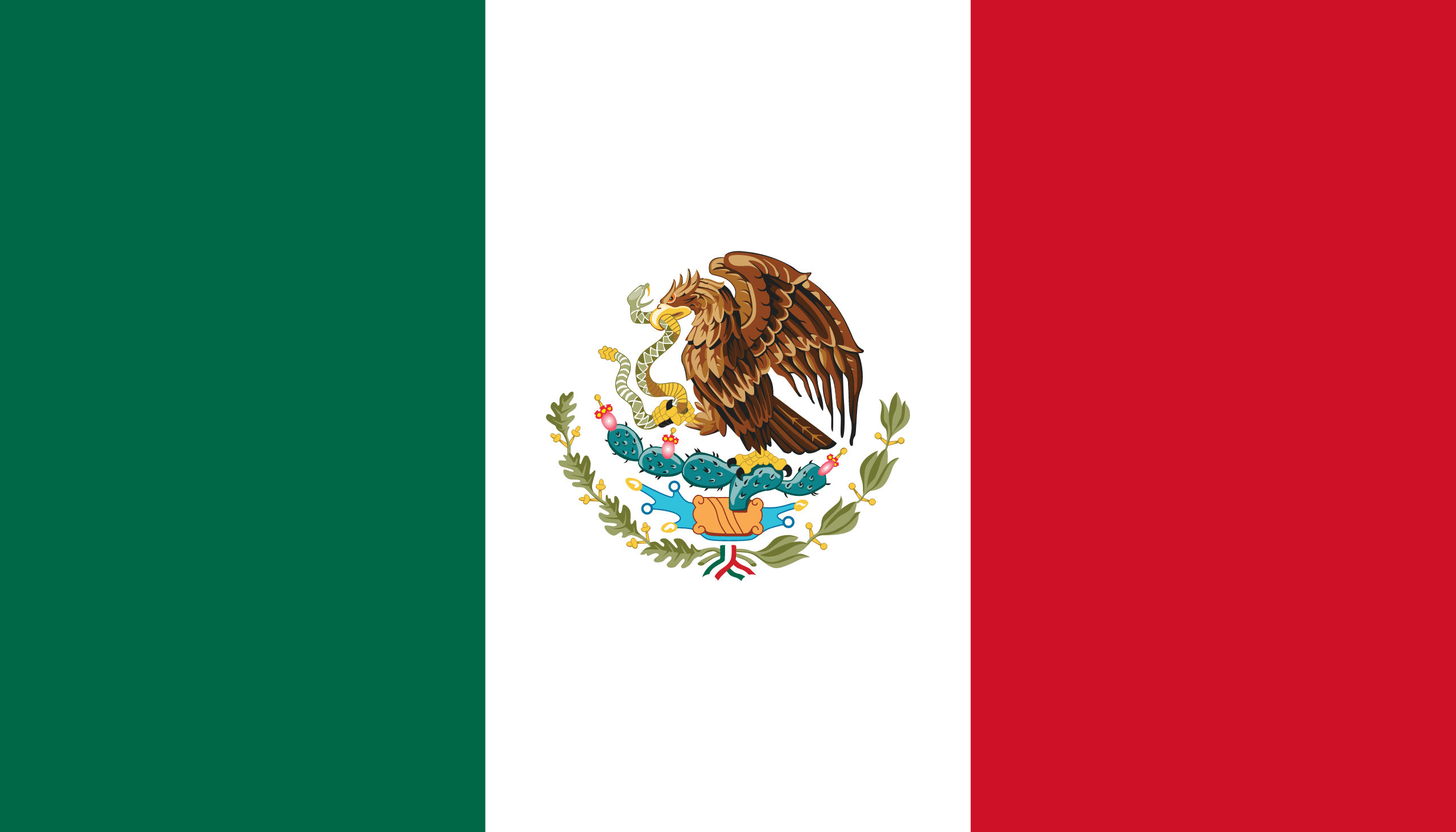 MEXICO
Mexico is a federal constitutional republic bordered on the north by the USA; on the south and west by the Pacific Ocean; on the southeast by Guatemala, Belize, and the Caribbean Sea; and on the east by the Gulf of Mexico.

Covering almost 2 million square kilometres, Mexico is the 5th largest country in the Americas by total area and the 13th largest independent nation in the world. With an estimated population of over 112 million, it is the 11th most populous country and the most populous Spanish-speaking country. Mexico is a federation comprising 31 states and a Federal District, the capital city.