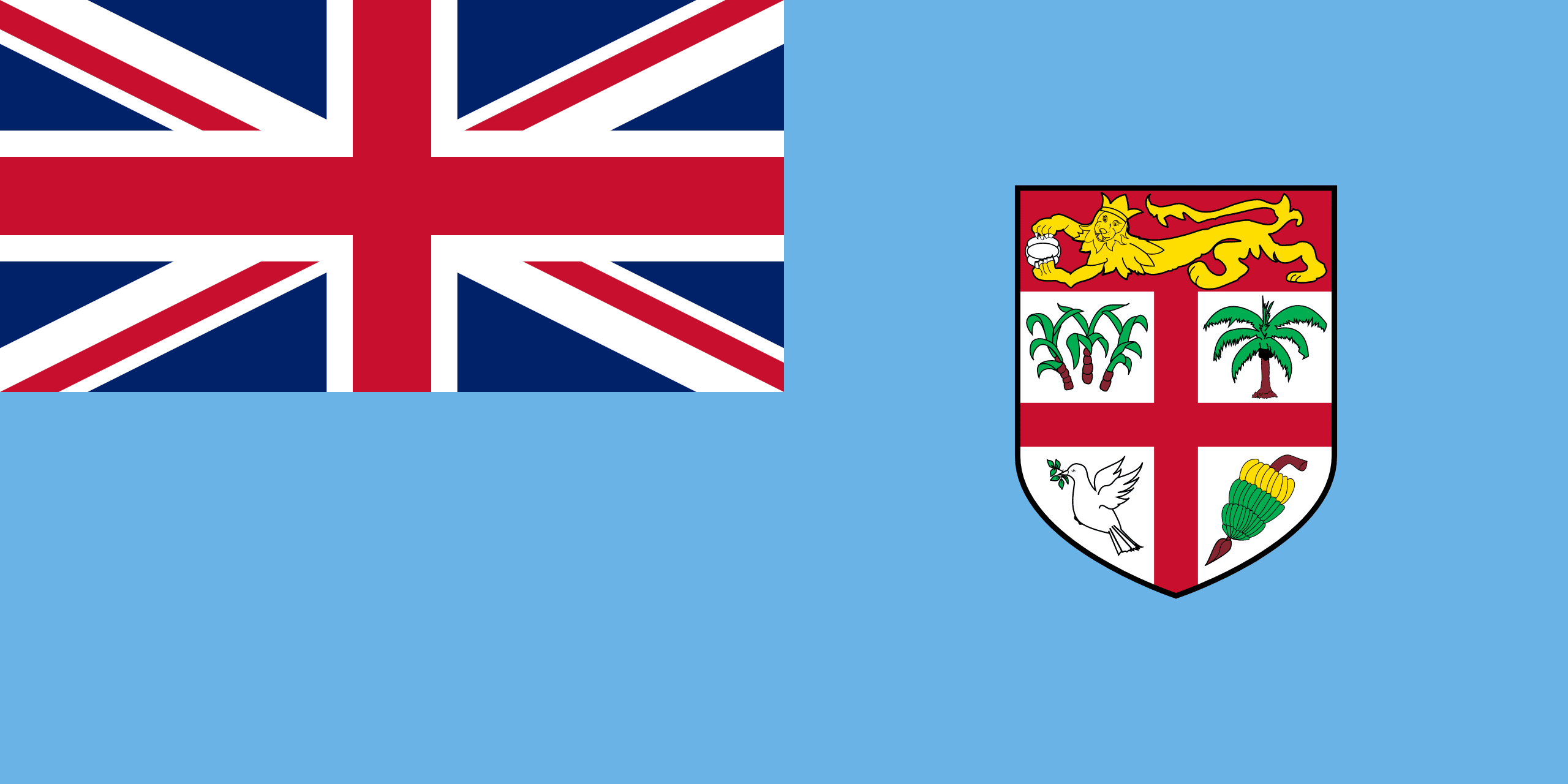 FIJI
The Republic of Fiji is an island nation in Melanesia in the South Pacific Ocean, located about 2,000 km northeast of New Zealand’s North Island. Its closest neighbours are Vanuatu to the west, France’s New Caledonia to the southwest, New Zealand’s Kermadec to the southeast, Tonga to the east, the Samoas, France’s Wallis and Futuna to the northeast and Tuvalu to the north.

Fiji consists of 322 islands (of which 106 are inhabited) and 522 smaller islets. The two most important islands are Viti Levu and Vanua Levu, which account for approximately three-quarters of the total land area of the country. The islands are mountainous, with peaks up to 1,324 metres, and covered with thick tropical forests. The highest point is Mount Tomanivi on Viti Levu.

Viti Levu hosts the capital city of Suva, and is home to nearly three quarters of the population. Other important towns include Nadi (the location of the international airport), and Lautoka, Fiji’s second city with large sugar cane mills and a seaport.

Fiji’s population, which resides mostly on the two main islands of Viti Levu and Vanua Levu, is divided between indigenous Fijians and Indo-Fijians, the descendents of indentured labourers brought from India.

Although the former British colony relies heavily on the sugar and tourism industries for its foreign exchange, its economy is diverse. Gold, silver and limestone are mined, and there is a strong services sector and some light manufacturing.