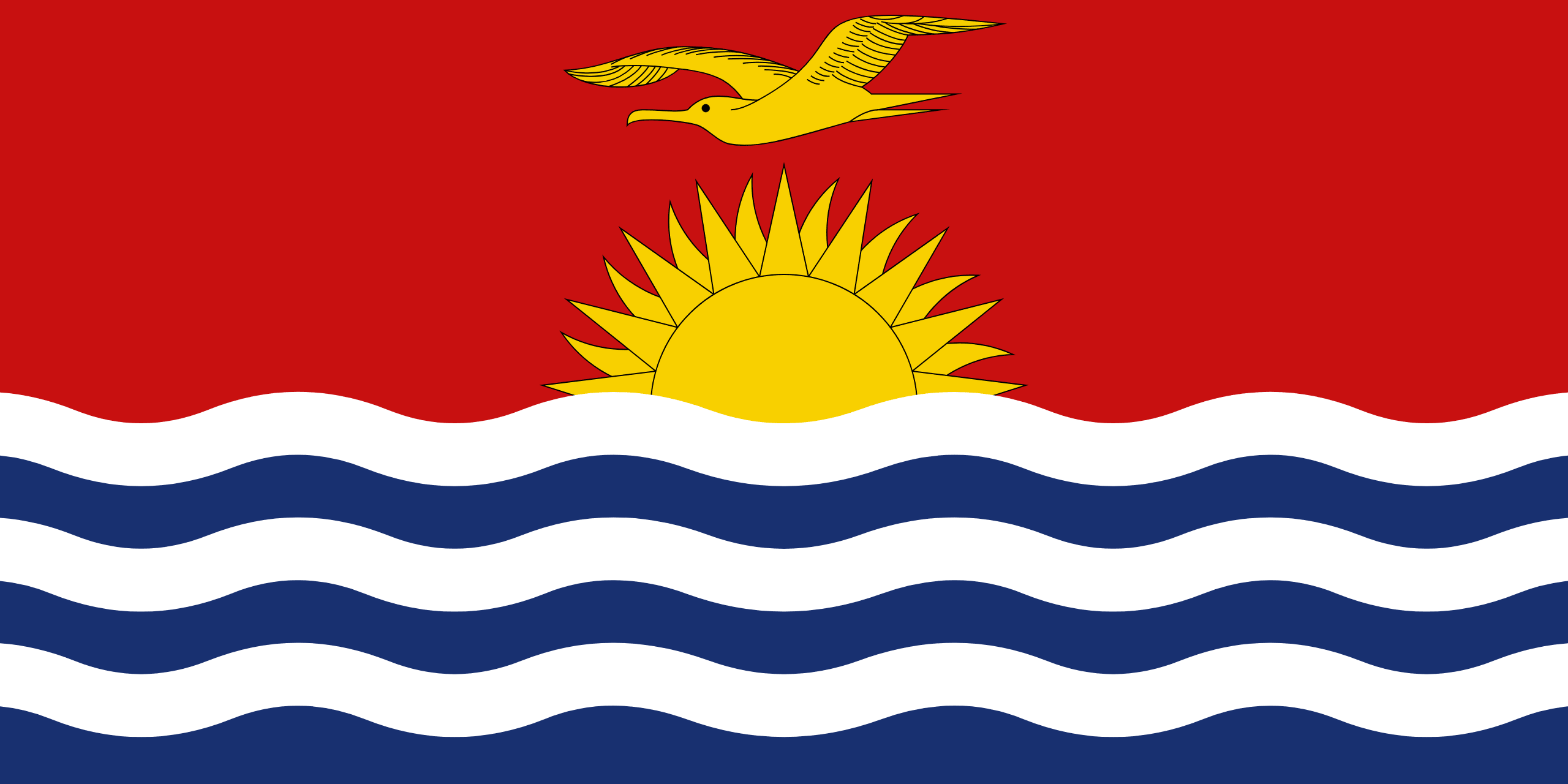 KIRIBATI
The Republic of Kiribati is an island nation located in the central tropical Pacific Ocean. Kiribati is composed of 32 atolls and one raised coral island (banaba), dispersed over 3.5 million square km, straddling the equator, and bordering the International Date Line at its easternmost point.

Kiribati is the only country in all four hemispheres.

The name Kiribati is the local pronunciation of “Gilberts”, derived from the main island chain, the Gilbert Islands. The capital of South Tarawa consists of a number of islets connected through a series of causeways, located in the Tarawa archipelago.

Banaba (or Ocean Island) is a raised-coral island which was once a rich source of phosphates, but it was mostly mined out before independence. The rest of the land in Kiribati consists of the sand and reef rock islets of atolls or coral islands which rise but a few metres above sea level.