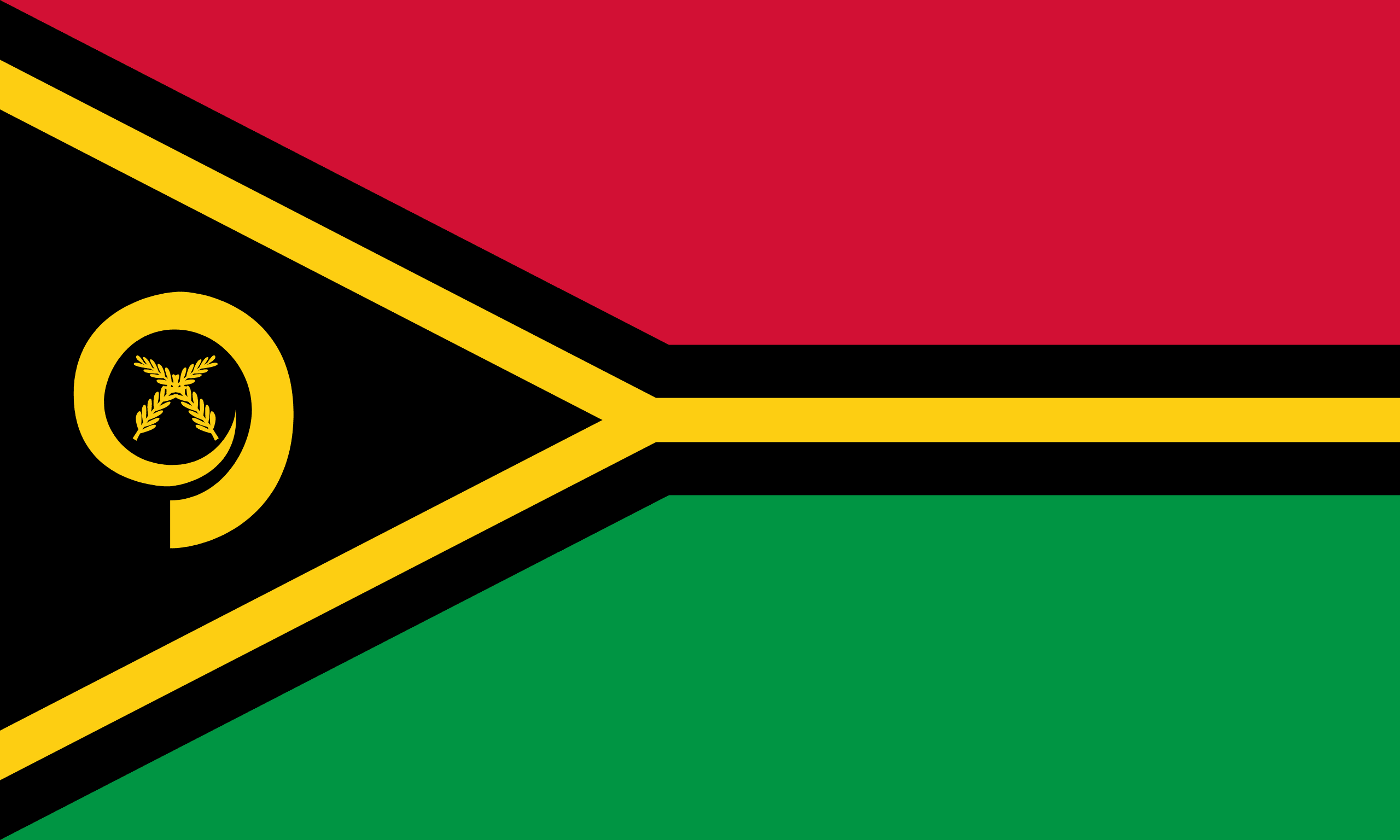 VANUATU
The Republic of Vanuatu is an island nation located in the South Pacific Ocean. The archipelago, which is of volcanic origin, is some 1,750 km east of northern Australia, 500 km northeast of New Caledonia, west of Fiji, and southeast of the Solomon Islands, near New Guinea.

Vanuatu is an island archipelago consisting of approximately 82 relatively small, geologically newer islands of volcanic origin (65 of them inhabited), with about 1,300 km north to south distance between the outermost islands. Fourteen of Vanuatu’s islands have surface areas of more than 100 square kilometres.

The nation’s largest towns are the capital Port Vila, situated on Efate, and Luganville on Espiritu Santo. The highest point in Vanuatu is Mount Tabwemasana, at 1,879 metres, on the island of Espiritu Santo.

Vanuatu is mountainous and much of it is covered with tropical rainforests. Most of the people live in rural areas and practise subsistence agriculture. The main sources of revenue are agriculture and eco-tourism.