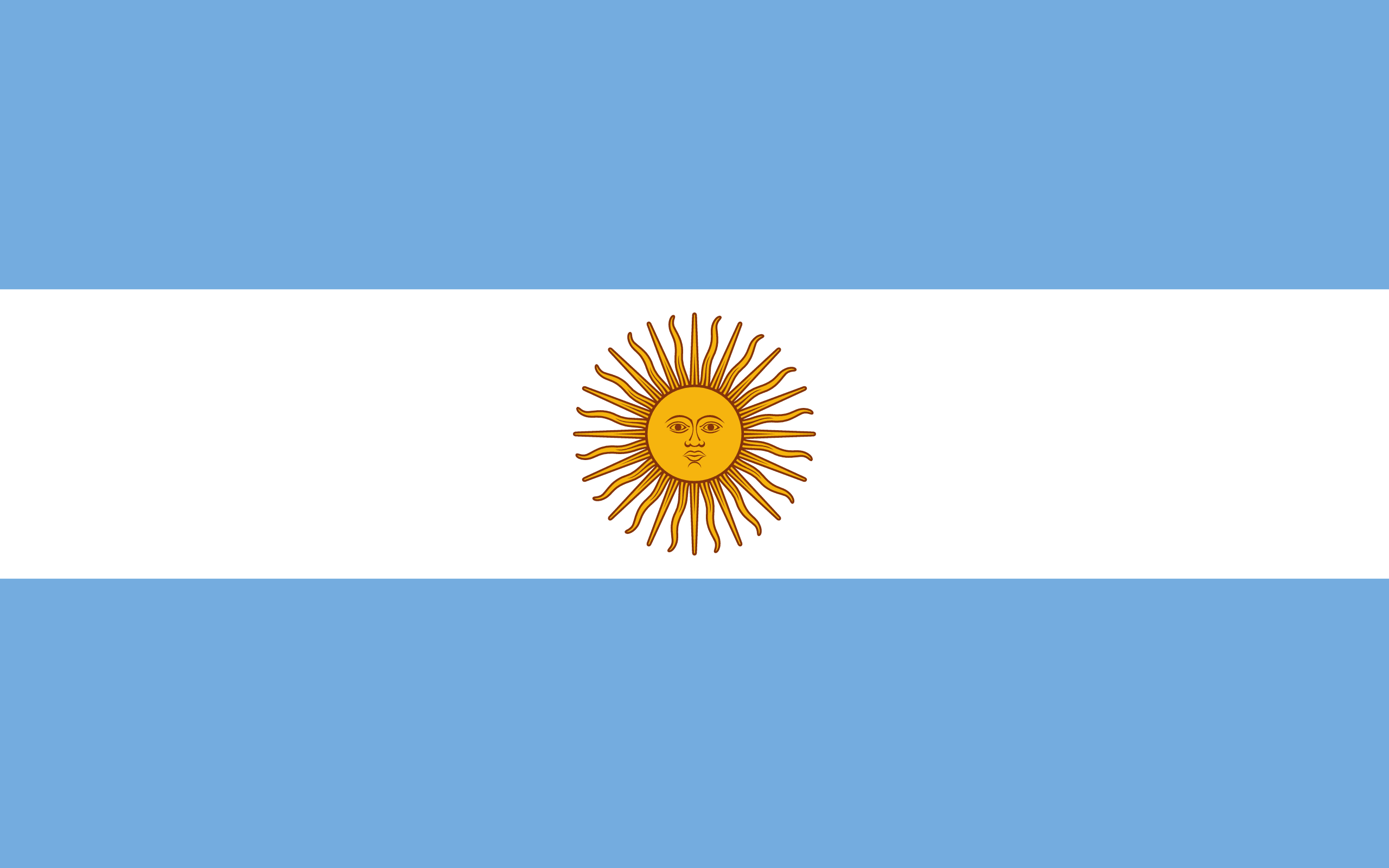 ARGENTINA
Argentina is the second largest country in South America, constituted as a federation of 23 provinces and an autonomous city, Buenos Aires. It is the eighth-largest country in the world by land area and the largest among Spanish-speaking nations, though Mexico, Colombia and Spain are more populous.

Argentina’s continental area is between the Andes mountain range in the west and the Atlantic Ocean in the east. It borders Paraguay and Bolivia to the north, Brazil and Uruguay to the northeast, and Chile to the west and south.

Argentina also claims the Falkland Islands (Spanish: Islas Malvinas) and South Georgia and the South Sandwich Islands, which are administered by the United Kingdom as British Overseas Territories.

Argentina is about 3,900 km long from north to south, and 1,400 km from east to west. There are 4 major regions: the fertile central plains of the Pampas, source of Argentina’s agricultural wealth; the flat to rolling, oil-rich southern plateau of Patagonia including Tierra del Fuego; the subtropical northern flats of the Gran Chaco, and the rugged Andes mountain range along the western border with Chile.