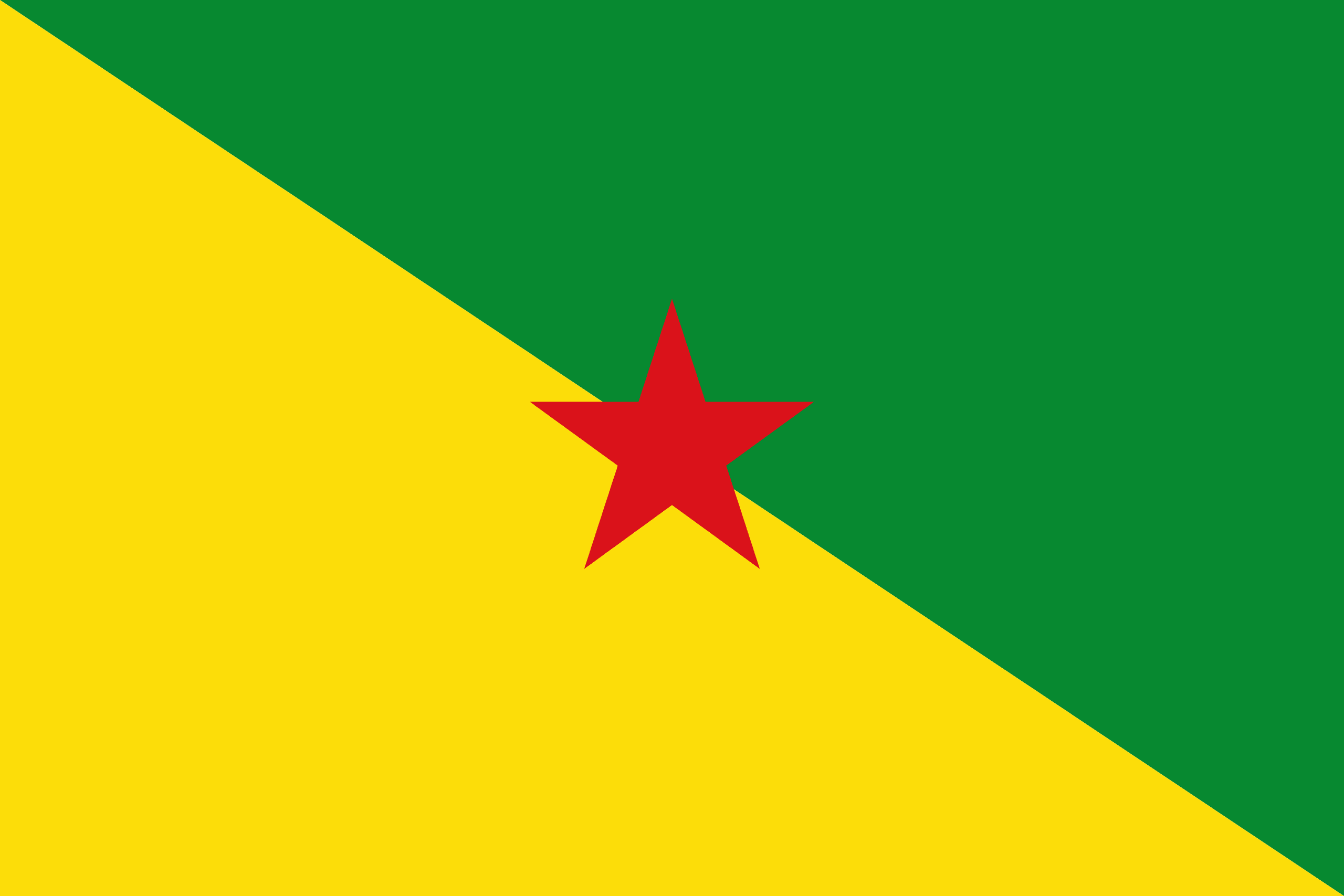 FRENCH GUIANA
French Guiana is an overseas department/region and single territorial collectivity of France on the northern Atlantic coast of South America.

It borders Brazil to the east and south and Suriname to the west.

With a land area of 83,534 km2, French Guiana is the second-largest region of France and the largest outermost region within the European Union.

It has a very low population density, with only 3.5 inhabitants per square kilometre. Approximately half of its inhabitants live in the metropolitan area of Cayenne, its capital.

98.9% of the land territory of French Guiana is covered by forests, a large part of which is primeval rainforest. The Guiana Amazonian Park, which is the largest national park in the European Union, covers 41% of French Guiana’s territory.

Fully integrated in the French Republic since 1946, French Guiana is a part of the European Union, and its official currency is the euro. A large part of French Guiana’s economy depends on jobs and businesses associated with the presence of the Guiana Space Centre, now the European Space Agency’s primary launch site near the equator.

As elsewhere in France, the official language is standard French, but each ethnic community has its own language, of which French Guianese Creole, a French-based creole language, is the most widely spoken.