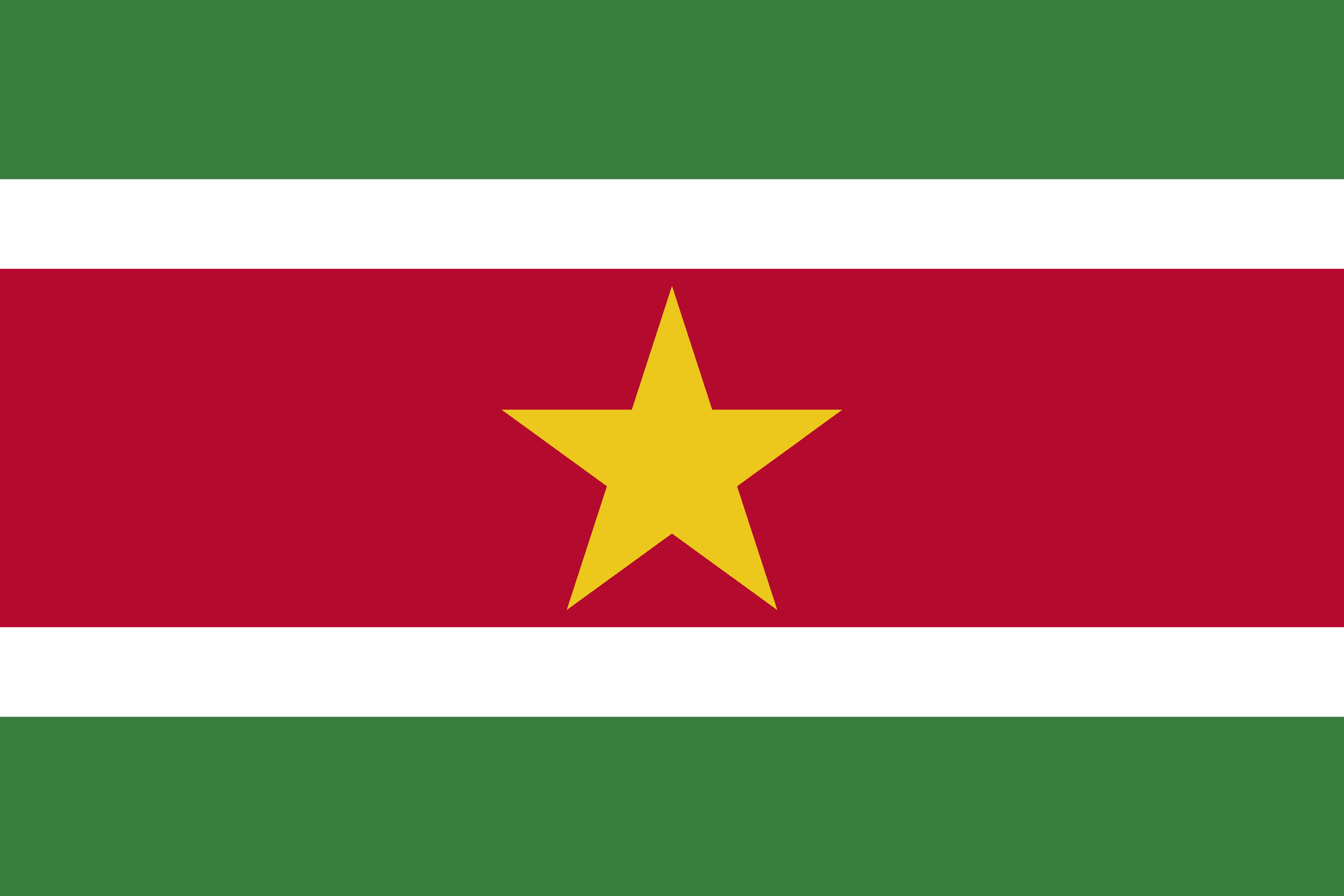 SURINAME
Suriname, officially the Republic of Suriname, is a country in northern South America.

Suriname is situated between French Guiana to the east and Guyana to the west. The southern border is shared with Brazil and the northern border is the Atlantic coast. Its geographical size is just under 165,000 km2, making it the smallest sovereign state in South America.

The country can be divided into two main geographic regions. The northern, lowland coastal area has been cultivated, and most of the population lives here. The southern part consists of tropical rainforest and sparsely inhabited savanna along the border with Brazil, covering about 80% of Suriname’s land surface.

Suriname is a mostly Dutch-speaking country; Sranan, an English-based creole language, is a widely used lingua franca. It is the only independent entity in the Americas where Dutch is spoken by a majority of the population.