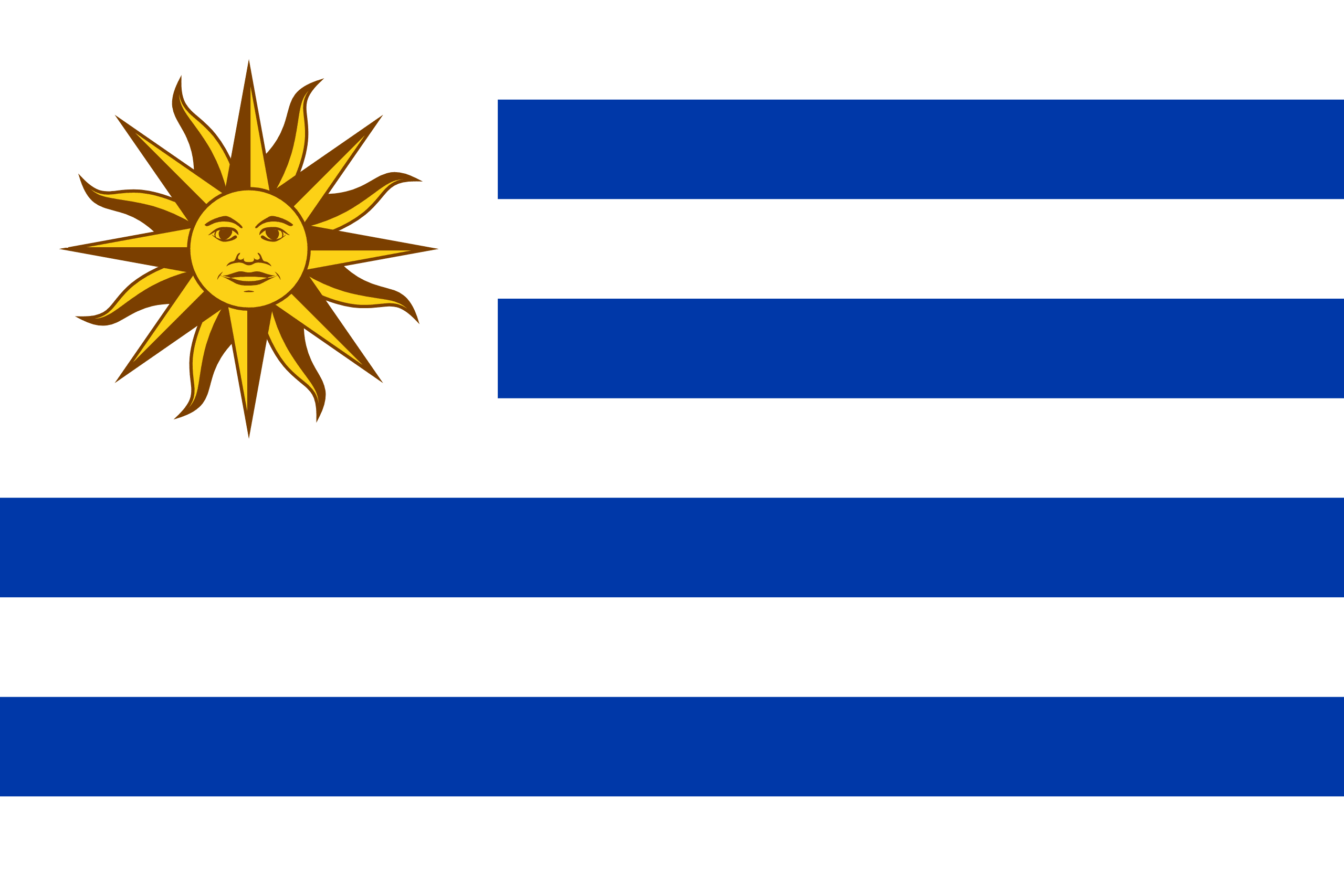 URUGUAY
Uruguay, officially the Oriental Republic of Uruguay, is a country located in the southeastern part of South America. With an area of approximately 176,000 km2, is the second smallest nation of South America in area after Suriname.

Uruguay’s only land border is with Rio Grande do Sul, Brazil, to the north. To the west lies the Uruguay River, to the southwest lies the estuary of Rio de la Plata, with Argentina only a short commute across the banks of either of these bodies of water, while to the southeast lies the southern part of the Atlantic Ocean.

Montevideo, the capital and major port, sits on the banks of the Rio de la Plata. It is the southernmost capital city in the Americas, and the third most southerly in the world (only Canberra and Wellington are further south).