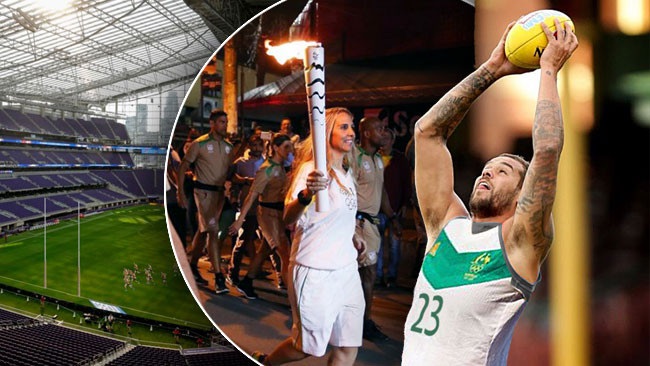 FOOTY 9s AT THE OLYMPICS

AFI’s long-term objective is to secure the inclusion of Footy 9s in the 2040 Olympic Games.

We know this is not going to happen overnight, and a lot of hard work must be done to achieve this goal. Other sports, however, have shown that it can be done.

We are keen to follow in the footsteps of Rugby 7s, which is now an Olympic sport after making its debut at the 2016 Olympic Games in Rio.

Footy 9s is similar to Rugby 7s in that an immediate connection is made to the sport, with added reference to the number of players on the field.

The sports market is changing. Sport climbing, skateboarding, surfing and even breakdancing have also been included in the Olympic Games in recent times.

Further, the 2032 Olympic Games in Brisbane are a tremendous opportunity to see Footy 9s included as a demonstration sport.

Absolutely. It’s not going to happen overnight and we must hold a long-time view. But yes, it can be done.

Just look at Rugby 7s. World Rugby has done a great job in getting a modified version of rugby into the Olympics. A whole generation of young people from all over the world saw Rugby 7s being played in Rio. The possibility of playing in the Olympics will be a great carrot for them to take up a new sport.

Watch the videos below and imagine it is the gold medal match of the 2040 Olympic Games, with the crowd being wowed by the athleticism, speed and high marking of our great game.