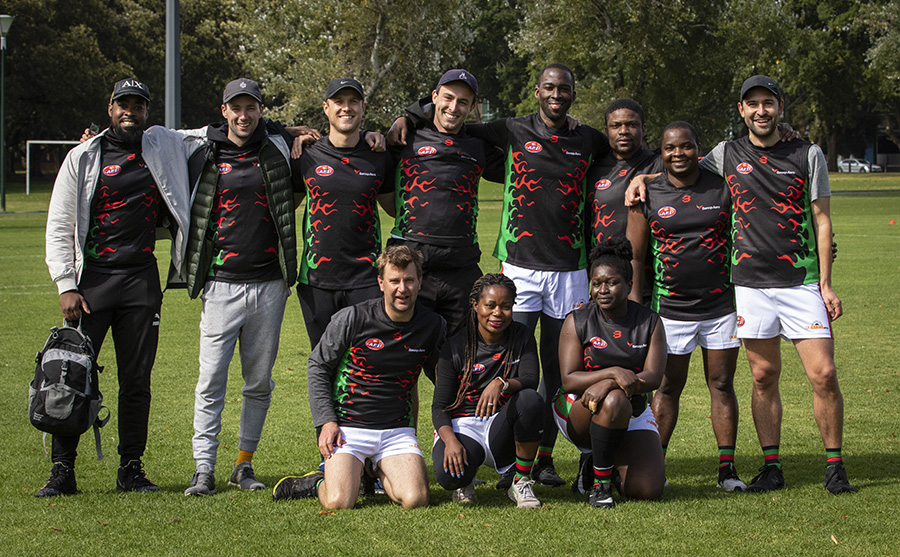 TEAM MALAWI
Team Malawi made their debut at the 2021 Touch Footy World Cup, an event which is held annually in Melbourne. The format of the World Cup is 9-a-side, mixed (men & women) and non-contact.

If you are of Malawian descent and keen to represent Malawi, please join the Team Malawi Facebook group. Team Malawi was proud to field the country’s first ever Australian rules football team in 2021! The Footy 9s competition was a fantastic event, providing a valuable opportunity for members of Melbourne’s Malawi community to come together, exchange cultures with other represented nations, and learn more about the game which means so much to so many communities here in Australia. We welcome initiatives such as these, which are a fun and healthy way to break down barriers and increase engagement in the community. We look forward to fielding a side in next year’s competition!