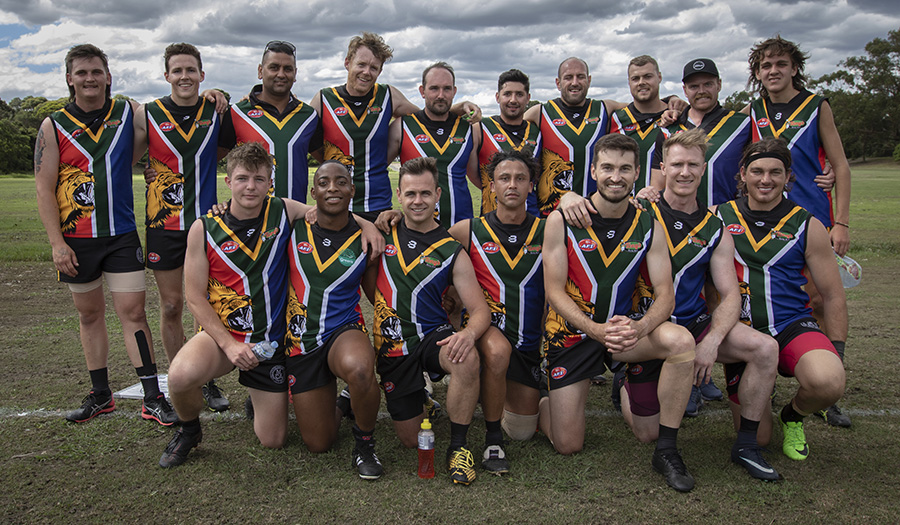 AUSTRALIA & SOUTH AFRICA
Links between South Africa and Australia date back to the earliest days of European settlement, when food and livestock were supplied from the Cape of Good Hope to the British penal colony in Australia. Australia’s first vine stock also came from South Africa.

According to the 2016 Australian census, 162,449 Australians were born in South Africa. Also in the Census 118,960 residents claimed South African ancestry.

Sydney has the largest number of South African-born residents, followed by Perth, Melbourne and Brisbane.

TEAM SOUTH AFRICA
Have you ever wanted to pull on your national jumper and represent your country? We have grown from a small group of young Saffa expats kicking the footy together – to a group of roughly 40+ people including partners. We now share more than just the love for sport, but also an appreciation for the great friendships that were formed.

Footy 9s has done a lot for us in this great country we now call home, and we are extremely grateful for that. Team South Africa keeps growing in numbers and we’ll be back next year!