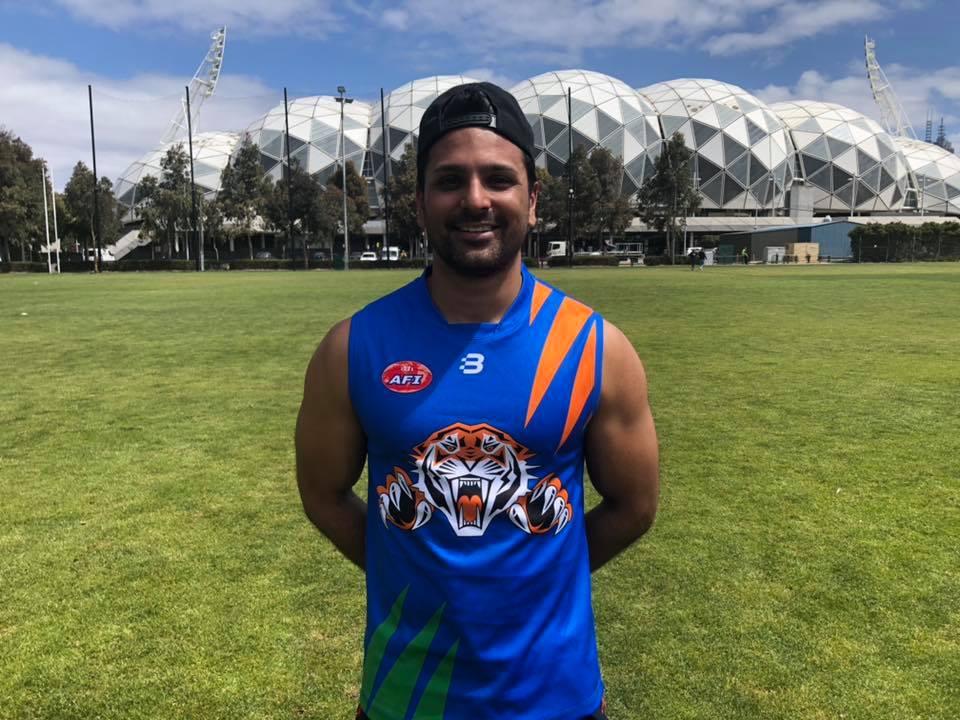 TEAM INDIA
Have you ever wanted to pull on your national jumper and represent your country?

If you are of Indian descent and keen to represent India, please join the Team India Facebook group. Footy is big in Melbourne and I had never played anything like it growing up in India. Learning and practicing footy through AFI is an unforgettable experience. It has helped me introduce footy to my daughter who is 6 years old. The sport is played with a spirit that is unmatched. I am looking forward to being involved life long with the sport and volunteering at the new Auskick centre in Docklands. Thanks Brian and the team for introducing me to this great game!