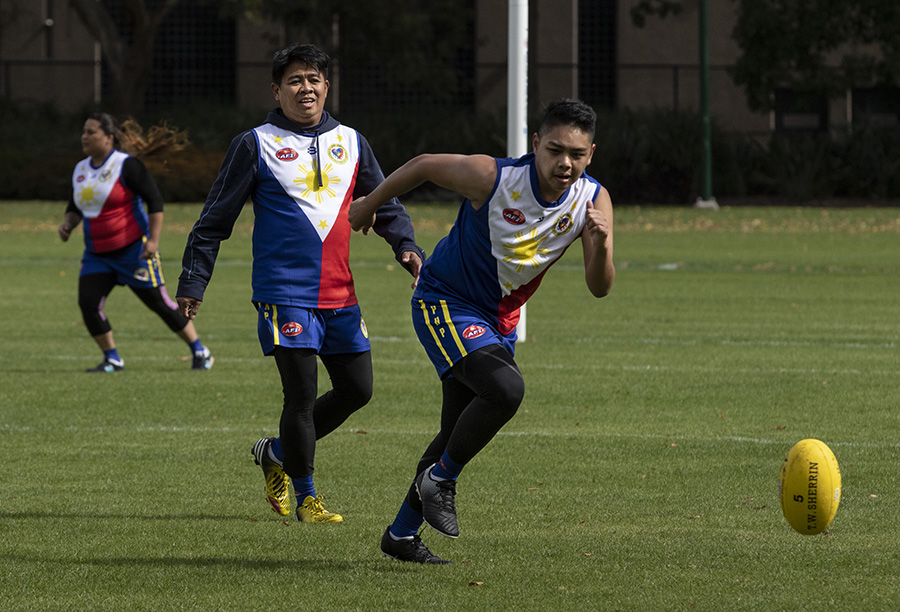 AUSTRALIA & THE PHILIPPINES
In 1872 Filipinos worked as divers in the pearling industry in Broome and Thursday Island. By the early 1900s, there were about 700 Philippines born people in Australia, mainly in Western Australia and Queensland.

Australia and the Philippines have growing people-to-people links through trade, investment, cultural exchange, education, tourism and migration. Significant numbers of Filipinos have immigrated to Australia since the 1960s and Filipinos remain one of the fastest growing immigrant communities in Australia.

TEAM PHILIPPINES
The Philippines Kalabaws made their debut at the 2021 Touch Footy World Cup, an event which is held annually in Melbourne. The format of the World Cup is 9-a-side, mixed (men & women) and non-contact.

If you are of Filipino descent and keen to represent the Philippines, please join the Team Philippines Facebook group. It’s never too late to learn a new sport. Look at me, I’m 50 and only started playing football recently. Footy is a good game to actually learn the Aussie culture. Because this is a very Aussie game. You will be able to integrate with the Australian community and then you begin to realise how beautiful actually the game is.

And playing a social version of the game is a lot of fun. It makes you happy too. When you are running, when you play certain sports, your dopamine level increases so you’re happier. So it will take care of your wellness.