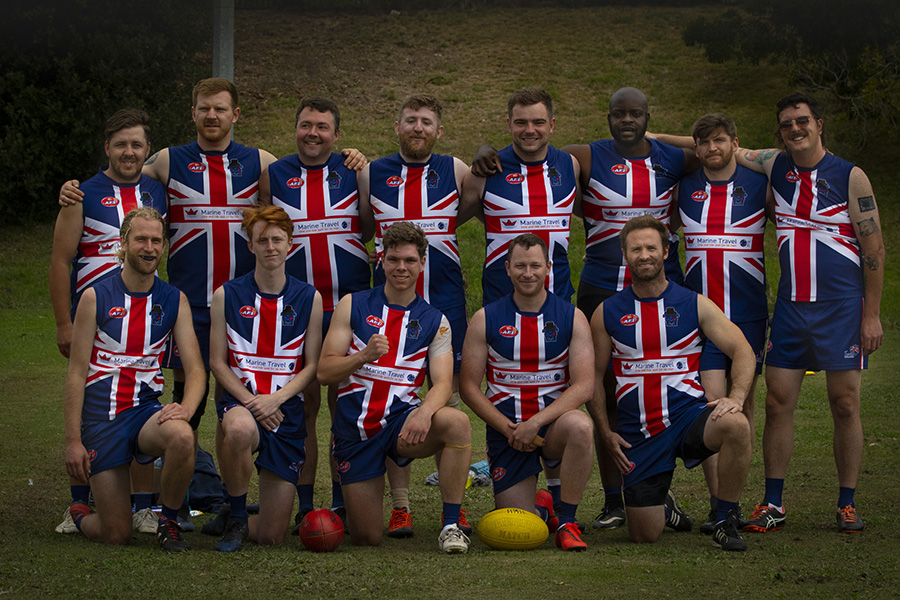 AUSTRALIA & GREAT BRITAIN
People of English origin have been the largest group to migrate to Australia since the establishment of the Crown colony of New South Wales in 1788.

GREAT BRITAIN BULLDOGS
Have you ever wanted to pull on your national jumper and represent Great Britain?

If you are of British descent and keen to represent Great Britain, please join the Great Britain Bulldogs Facebook group. I’m really proud to be involved with AFI as the founder and captain of the Great Britain team. The World 9s was incredible to be a part of and a sign of the outstanding progress that AFI has made. To be a part of such a well organised and flourishing community event was an unforgettable experience that we are all looking forward to being a part of next year! We have seen the potential for this version of the game to grow in different ways and we can’t wait to see this continue.