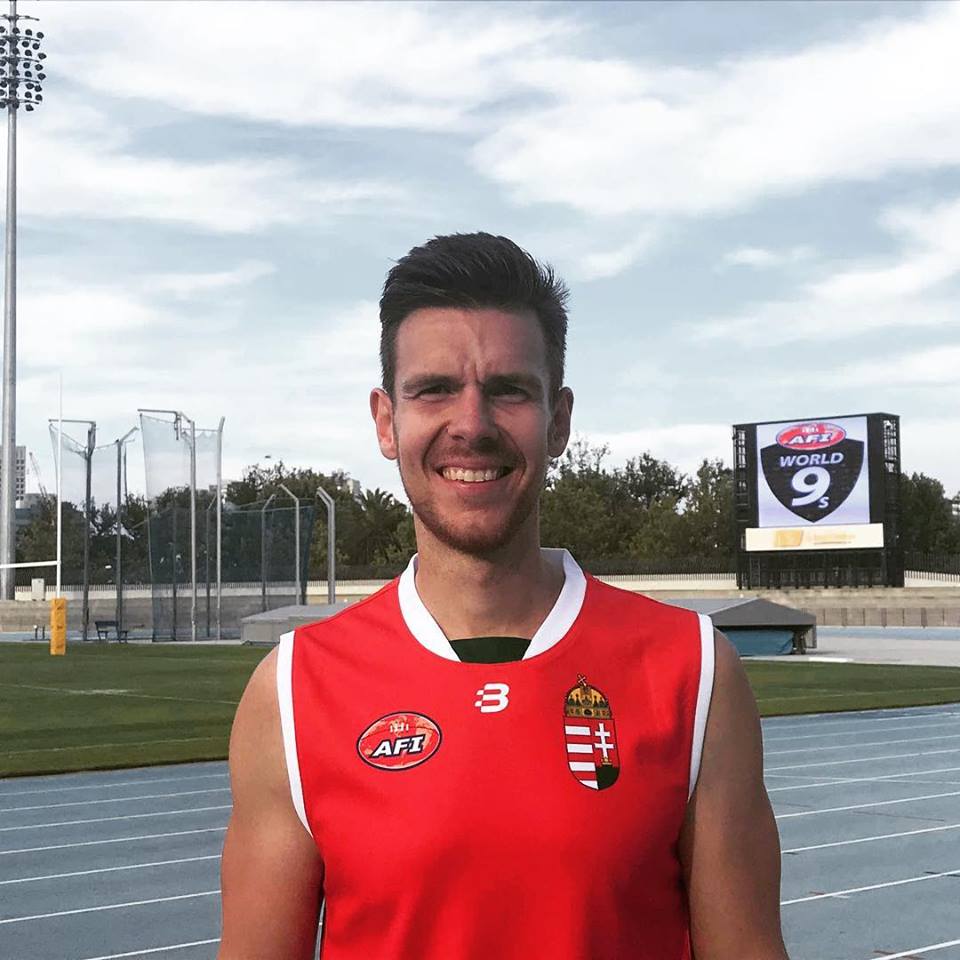 AUSTRALIA & HUNGARY
According to records, the very first Hungarian to arrive in Australia was the merchant Isaac Friedman in 1833. He left London on his way to Sydney with his wife and son, passengers on the ship Enchanteress.

Hungary and Australia enjoy strong people-to-people links as a result of the large numbers of Hungarians who migrated to Australia, especially following the 1956 Uprising against the Soviet occupation of Hungary. In the 2016 Census, 73,613 people in Australia declared that they were of Hungarian ancestry.

TEAM HUNGARY
Have you ever wanted to pull on your national jumper and represent your country?

If you are of Hungarian descent and keen to represent Hungary, please join the Team Hungary Facebook group. It’s a tough call from a Hungarian but I genuinely believe footy is better than soccer! The abundance of action, the unpredictability of the ball as to which way it will bounce, the incredible fitness and stamina the players have – these all add up to the absolute brilliance of this sport. I honestly think footy should be as popular as soccer.

When I moved to Melbourne the footy culture instantly sucked me in. 90,000 people roaring, shouting and yelling at the MCG – what an atmosphere! I knew I wanted to have a crack at it. I was very happy when I found out about Footy 9s. It’s a great community where you can develop yourself both physically and mentally. A very welcoming bunch of people with great coaches who constantly encourage you to perform at your best level.