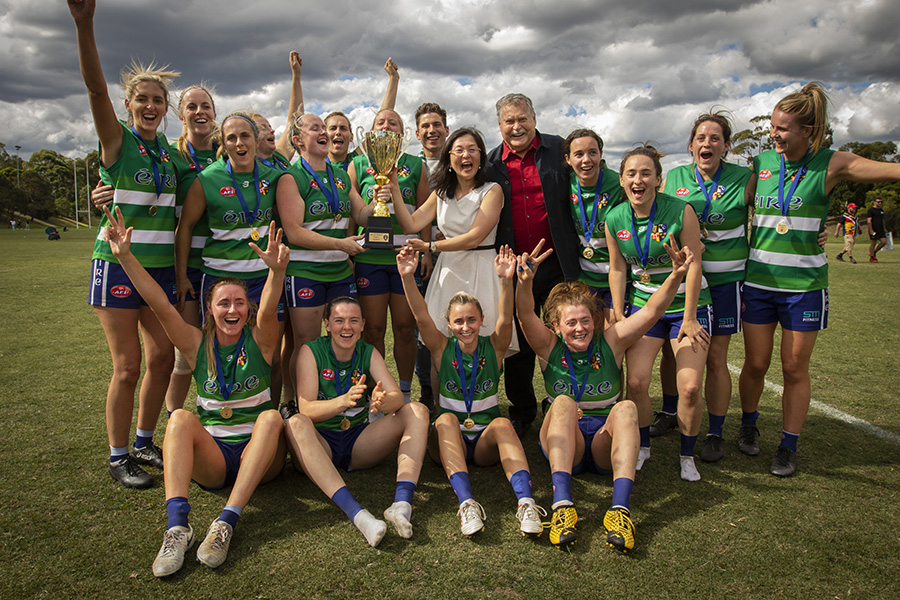 AUSTRALIA & IRELAND
Irish Australians have played a considerable part in the history of Australia. They came to Australia from the late 18th century as convicts but most were prisoners of war, mainly those who fought in the 1798 Irish rebellion for independence, and settlers who could not find a life during the Irish famine and the harsh years in Ireland afterwards. They contributed largely to Australia’s development in many different areas.

TEAM IRELAND
The Irish Exiles are based in Melbourne. The Exiles compete in the annual World 9s and Harmony Cup in Melbourne.

If you are of Irish descent and keen to represent Ireland, please contact us. Restrictions had only just been lifted when we first rocked up to our first Footy 9s training with no idea what to expect. We joined a group of people from all over the world and went straight into a mixed training session. I will never forget this session because it was the most fun any of us had since lockdown began. There was smiles everywhere. Everybody was so happy to be out in the fresh air kicking the footy!

Each Sunday us Irish girls went down to training and had the craic with everyone. The actual 9s Tournament was a fantastic day. Everything ran on time and everything was catered for. Although we won on the day I believe all us girls had already won before we played the tournament. We had won at meeting new people, kicking the footy and having a lot of fun each week. It was a bonus that us Irish girls walked away with the silverware. And to be presented with our medals by the one and only Ron Barassi was a moment we will never forget!