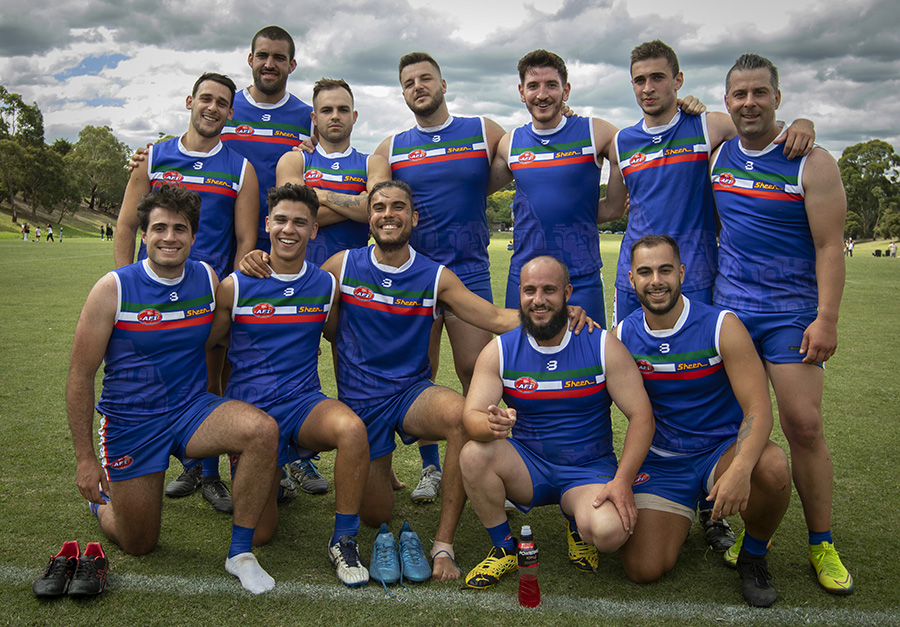 AUSTRALIA & ITALY
Italians are well represented in every Australian town and region, with the highest concentration in Victoria and South Australia. Italian Australians, according to the 2016 Census, are the sixth largest ethnic group in Australia, with 1,000,006 people. In addition, the 2016 census counted 174,042 people who were born in Italy.

TEAM ITALY
Team Italy competes in the annual Harmony Cup, an event which they have won twice. Italy also won the inaugural World 9s in Melbourne in 2019.

If you are of Italian descent and keen to represent Italy, please join the Team Italy Facebook group. It’s about where we’re from, right here where we are.

It’s about growing a social, open and competitive version of our great game.

It’s everyone involved so far, and those about to jump on board. Playing for Italy, against teams just as proud as we were, was a personal favourite footballing experience. Though falling short this year, I’ll be back in blue, searching for glory!