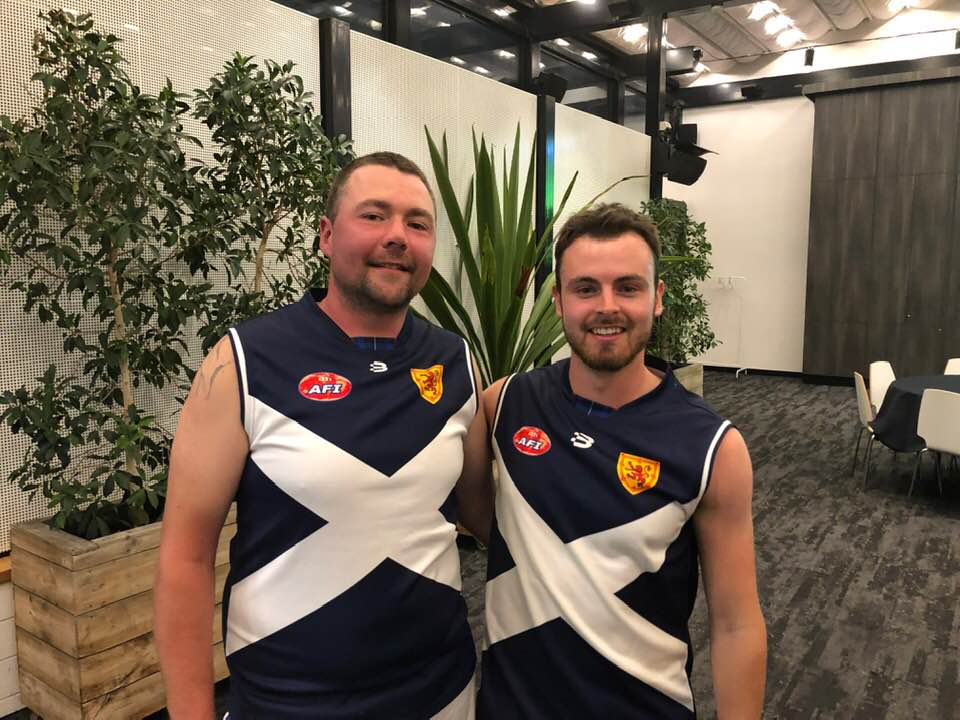 AUSTRALIA & SCOTLAND
The links between Scotland and Australia stretch back to the first British expedition of the Endeavour under command of Lieutenant James Cook who was himself the son of a Scottish ploughman.

Robert McCracken emigrated from Ardwell Farm near Girvan in Ayrshire, and founded the Essendon Football Club in 1873.

According to the 2016 Australian census, 119,416 Australian residents were born in Scotland, while 2,023,474 claimed Scottish ancestry. It is the fourth most commonly nominated ancestry in Australia.

TEAM SCOTLAND
Have you ever wanted to pull on the dark blue with the famous saltire?

If you are of Scottish descent and keen to represent Scotland, please join the Team Scotland Facebook group. Whether your west coast or east coast, fitbaw or rugby, male or female, at any age and experience – Footy has a position for you! From the fast paced 9s to the full contact 18 a side competitions running throughout the calendar year, there isn’t any better way of keeping fit and doing what us Scots do best…socialising!

Having been involved for a number of years now I can say the only thing better than mates is teammates. And throughout the years I can’t even begin to count the many teammates from many different walks of life I can count on.