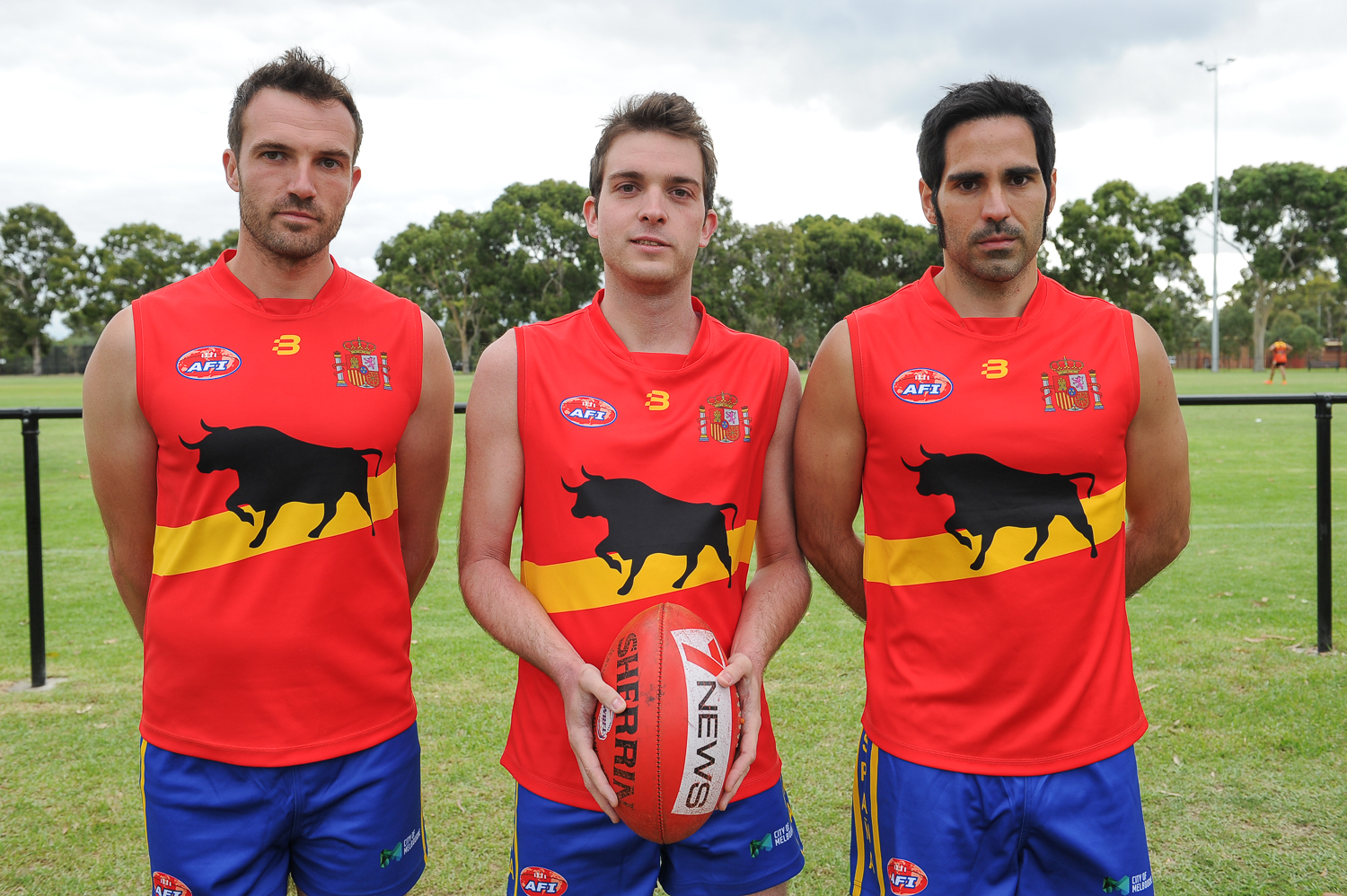 AUSTRALIA & SPAIN
Australia and Spain have an early historical connection as Torres Strait was discovered by Luis Váez de Torres in 1606.

Spain’s first significant contribution to Australia predates the arrival of the first Spanish settlers with the introduction in 1797 of Spanish sheep to New South Wales. These sheep were the beginning of the Australian Merino breed.

At the end of the Spanish Civil War, from 1939, over 600,000 Spaniards left Spain moving to regions such as Latin America and Australia.

TEAM SPAIN
Have you ever wanted to pull on your national jumper and represent your country?

If you are of Spanish descent and keen to represent Spain, please join the Team Spain Facebook group.

When I arrived in Australia someone said that sport was like a religion. I thought it was an overstatement, but soon realised that with all the holidays set up around sport, that is exactly what it is! In Victoria footy has helped me to make friends, understand Australian culture and stay fit.

AFI has been a fantastic platform. I thought I was too old and too clueless to take on a new sport, but thanks to Brian’s dedication and inclusive approach I have had the time of my life.