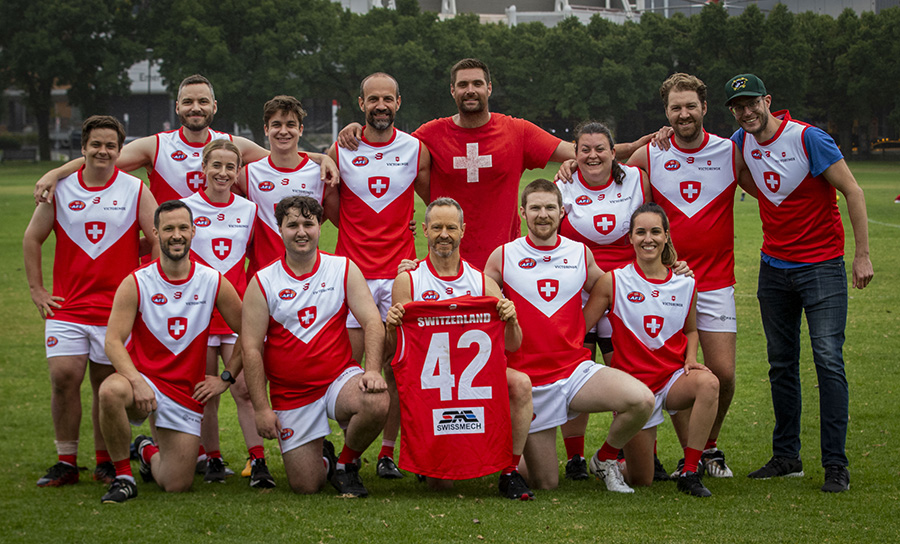 AUSTRALIA & SWITZERLAND
The first confirmed Swiss citizen to arrive in Australia was Johann Waeber, a painter engaged by Captain James Cook as an illustrator for Cook’s third voyage to Australia.

The first Swiss migrants arrived in Australia during the early 19th century, with Victoria attracting the largest number. A notable figure was Sophie de Montmollin from Neuchâtel, married to Charles Joseph La Trobe, who was superintendent of Port Phillip and then lieutenant governor of the colony of Victoria.

Larger numbers arrived during the gold-rush in the mid-1850s particularly from Ticino, an Italian-speaking district of Switzerland. In 1891, there were 2555 Swiss-born in Australia.

TEAM SWITZERLAND
The Swiss Steinbocks have enjoyed great success, being crowned Division 2 champions in both the Harmony Cup and World 9s.

If you are of Swiss descent and keen to represent Switzerland, please join the Team Switzerland Facebook group. The World 9s is a wonderful initiative of AFI. It brings together the many multicultural communities in Melbourne to celebrate the best sport on the planet. Whilst retaining the key features of Australian football, it delivers a more accessible format of the game which is exciting, high scoring and aesthetically pleasing for spectators. We would welcome and support further investment in the World 9s as a vehicle for the growth and development of our great game.