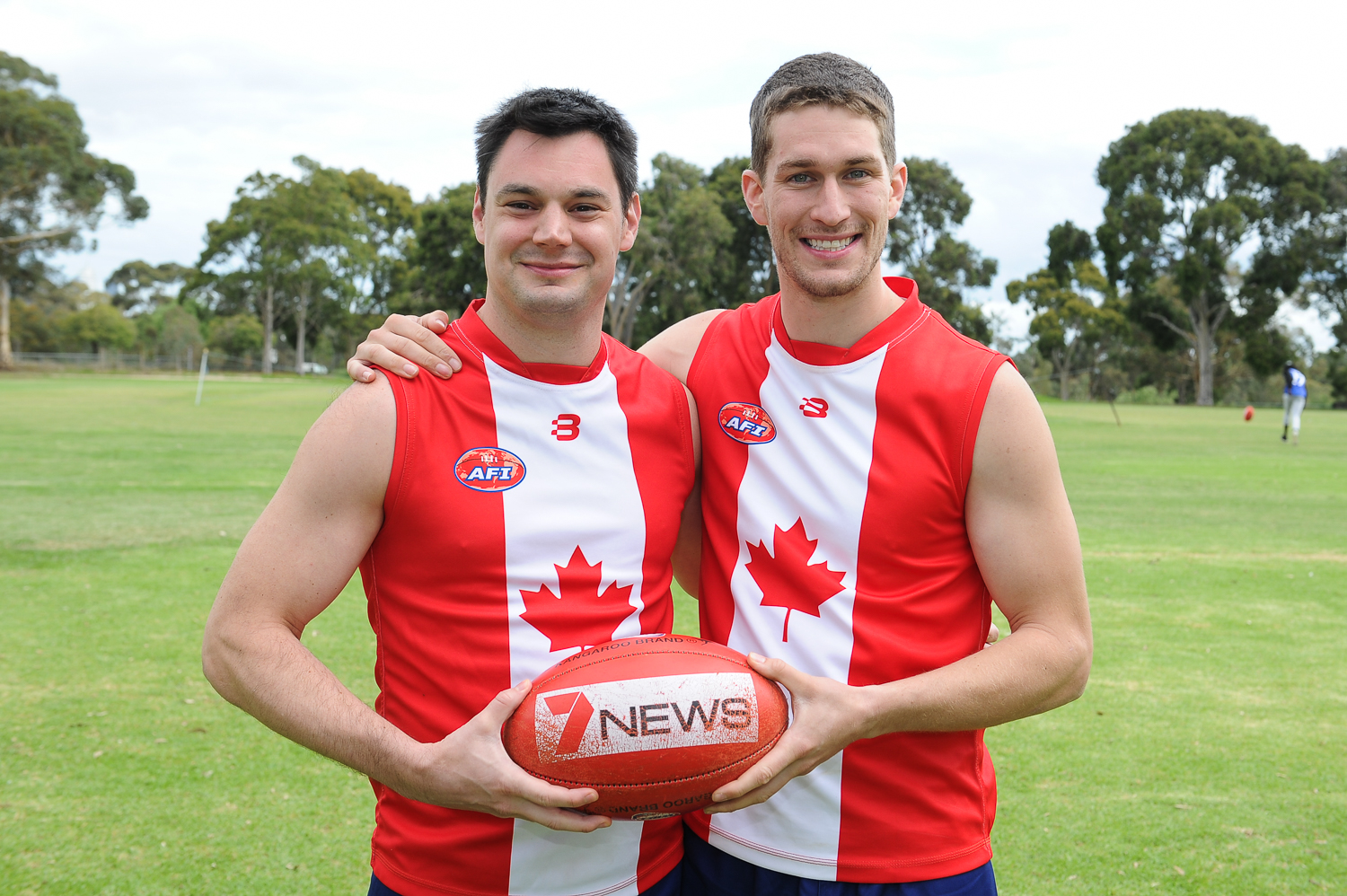 AUSTRALIA & CANADA
People to people contacts between our parliaments, government officials, private sectors, academics and communities are extensive and wide-ranging. We are both large countries with geographically dispersed population centres and many small and remote communities.

Many of Australia’s colonial governors had prior postings in Canada which influenced the administration of their Australian roles – the governors included Hunter, King, Bligh, Macquarie, Brisbane, Gipps, Fitzroy, Denison, Franklin and Musgrave.

TEAM CANADA
Have you ever wanted to pull on your national jumper and represent your country?

If you are of Canadian descent and keen to represent Canada, please join the Team Canada Facebook group. Playing Footy 9s was a wonderful experience. In fact AFI, based in Melbourne, kickstarted my AFL Canada national team journey as I now represent our men’s national team. It was great to learn the basics from an expert coach, who was excellent at providing lay terminology and concepts to a completely foreign game to us as visitors to Australia. It’s the mark of a true leader who can explain and teach in a manner where even basic beginners can learn and understand this new game. Footy 9s is a great program for those learning how to play a new sport in a new country.