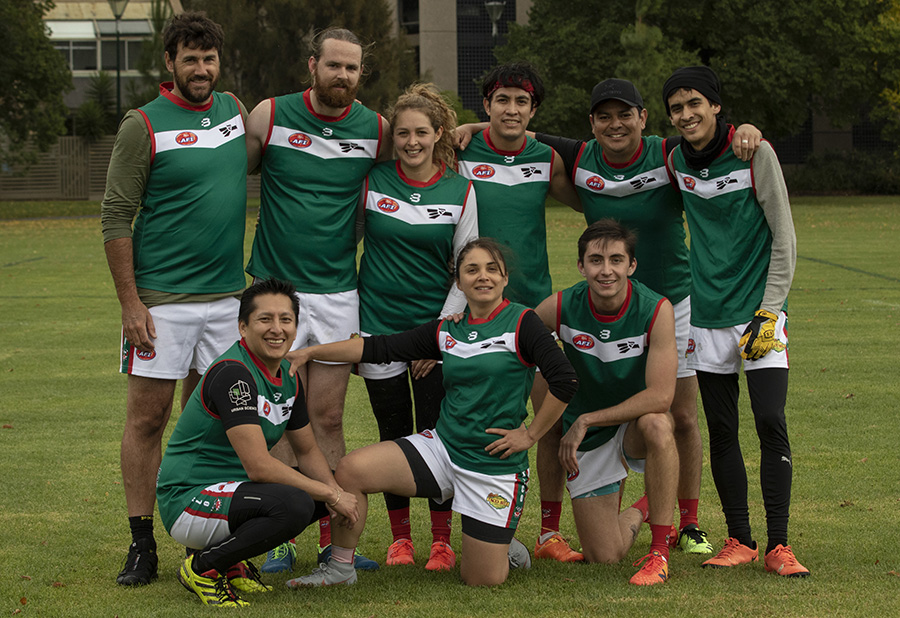 TEAM MEXICO
Team Mexico made its debut at the 2021 Touch Footy World Cup, an event which is held annually in Melbourne. The format of the World Cup is 9-a-side, mixed (men & women) and non-contact.

If you are of Mexican descent and keen to represent Mexico, please join the Team Mexico Facebook group. It has been amazing to play for Mexico! And it has been so much fun as well. It has also been great to meet a lot of people from other countries. If you want to learn how to play footy, being involved with AFI and Footy 9s is the way to go!