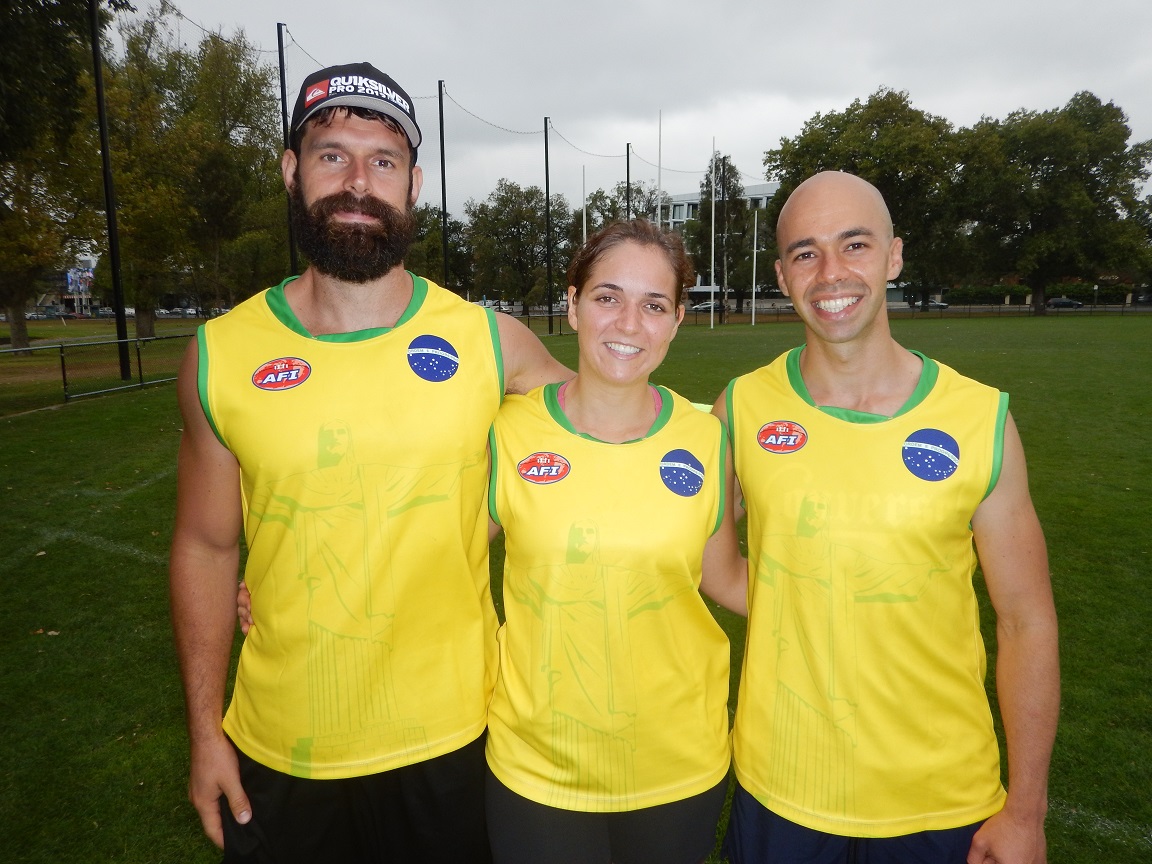 AUSTRALIA & BRAZIL
There was some early migration from Brazil to Australia during the 19th century, when English ships stopped at Rio de Janeiro en route to Australia.

Brazil is one of Australia’s largest trading partners in Latin America. People-to-people links are growing rapidly, with many Brazilian tourists and students visiting Australia. Brazil is currently the largest source of international students in Australia outside of Asia.

TEAM BRAZIL
Have you ever wanted to pull on your national jumper and represent your country?

If you are of Brazilian descent and keen to represent Brazil, please join the Team Brazil Facebook group. Footy 9s offers Brazilians a chance to meet new people, while practicing a fun and high-intensity sporting activity that has a very important role in uniting Australia’s various cultures and communities.

Brazilians, who are known to be mad about the other form of football, are very skilled with their feet. Through their physical creativity and lateral thinking skills, they can bring a lot of flair to the game of Aussie Rules!